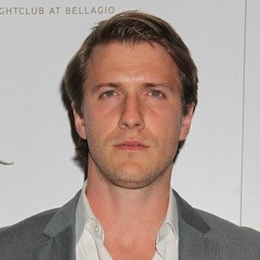 In case you didn't know but Patrick Heusinger is one of the rarest and the most genuine actors to grace the acting field. And this will surely give him more fame and recognition he deserves in his near future.

Looks, talents and his sincereness are just some of his few qualities we love about Patrick Heusinger. Prominent for Girlfriends' Guide to Divorce, it must be his not quitting attitude the Florida native succeeded to win thousands of hearts among the filmmakers and fans in Hollywood. 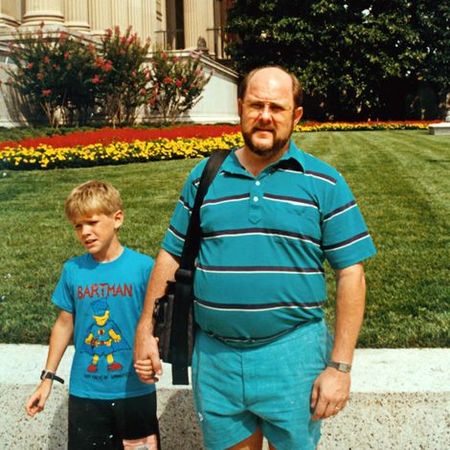 A childhood picture of Patrick Heusinger alongside his father. SOURCE: Instagram (heusinger)

Patrick's professional is surely at its rise whilst the actor also enjoys his personal life to the fullest with no controversy involved. Not to mention, his love life is also in its prime.

Dating Life; Who Is Heusinger Dating?

Patrick Heusinger is currently dating girlfriend Natalia Toledo, a model who currently serves as the ambassador to the fitness clothing line, Milano fit. The happy couple is not even shy about sharing their love with adorable pictures on apps like Instagram. 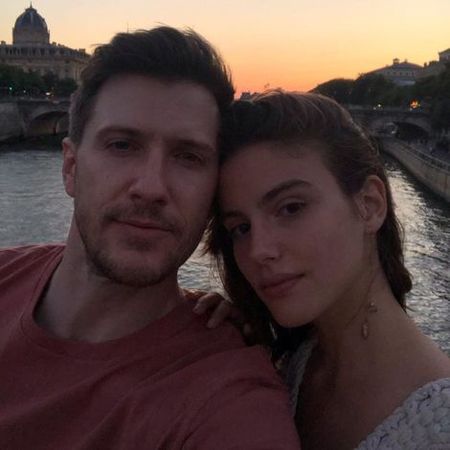 Moreover, Heusinger's partner is reported to be of Brazillian descent. The love birds also enjoy traveling with Natalia having taken Patrick to her home country. They also even flew to countries in Europe such as Greece and Italy. From their social media peak, Heusinger and Toledo are still going strong since they began dating from late 2018. 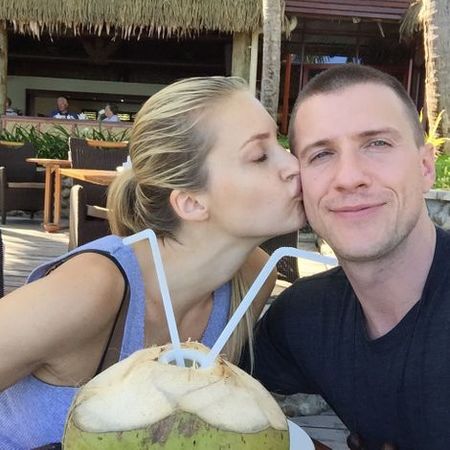 Before Toledo, Heusinger shared a couple more broken affairs as he was in a serious long term relationship with his former girlfriend, Polina Frantsena. The former duo dated for three years from 2014 till 2017. Polina as well as have moved on as she is currently seeing a new man. 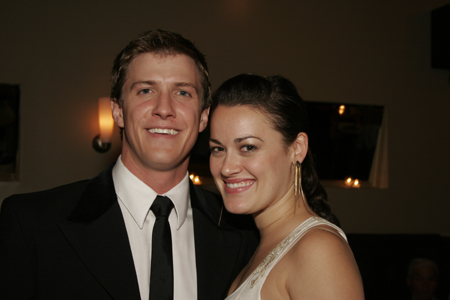 In the meantime, Heusinger's most known relationship count to actress Ashley Brown though. Brown who married husband Daniel Wisler dated Ptraick in mid-2000 but their romance later turned sour.

Heusinger's Earning; The Actor Works For Art Not Money

For a lot, Patrick Heusinger is mostly known for his appearance as James Schuller on one of the renowned teen drama, Gossip Girl and Absentia. The actor immediately earned more popularity after his contribution to four episodes on Gossip Girl co-starring Blake Lively, Leighton Meester, and Penn Badgley. 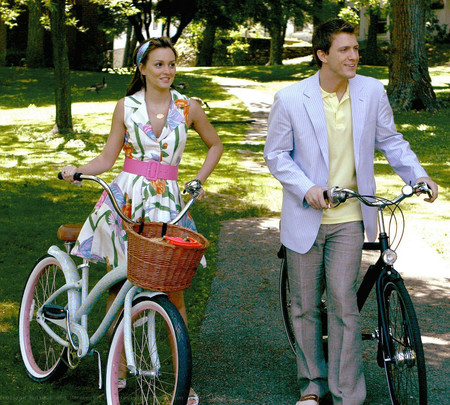 Patrick, however, previously worked in films such as Sweet Land, Tie a Yellow Ribbon, and The Nanny Diaries which grossed over $47 million, before he began acting for tv series. Other films project includes Black Swan which amassed $329 million, Frances Ha, and Jack Reacher: Never Go Back which earned over $162 million at the box office.

Besides, his roles in tv series also include as a gay character of Max in Girlfriends' Guide to Divorce, Absentia, Friends with Benefits, CSI: Miami, The Good Wife, Revolution, The castle, Bones and The Protector.

Heusinger who cares more about art also worked in theatres projects including Bent showcasing where he played a gay Jewish as the play was about the execution of gay people by Nazis in Germany. But, when he realized he needed to make money and its importance for living, Patrick shifted from New York to Los Angeles to work for films and movies.

Interesting Quick facts Of Patrick Heusinger; Get To Know Him Well