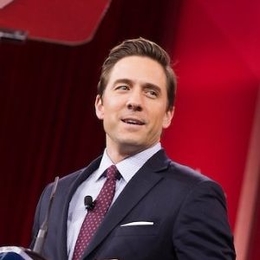 You might be familiar with Patrick Hussion as the evening anchor at One America News Network(OANN). However, the talented 47-year-old is also a excellent baseball player and a professional actor.

Patrick Hussion and his fiance Dr. Nevin Ramona got their marriage license on May 6, 2020. Thus now they are legally wife and husband.

The couple never in their dream thought that they would be husband and wife in this situation. The engaged couple for the past year was planning a wedding on March 1.  They had made all the preparation, including sending out the invites. Sadly, because of coronavirus, they had to cancel the wedding. 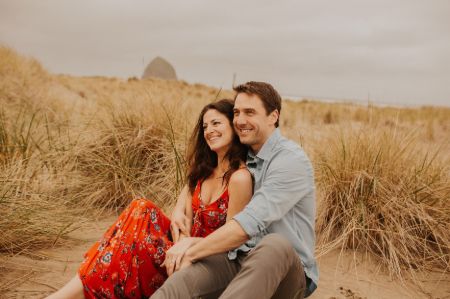 Thankfully, Hussion and Nevin has not given up on the idea of a wedding. They are hoping for a small beach wedding soon.

Patrick Hussion was previously married to a woman named Anna. Not much information about the former couple is available in the public domain, including whether they share any children or not. 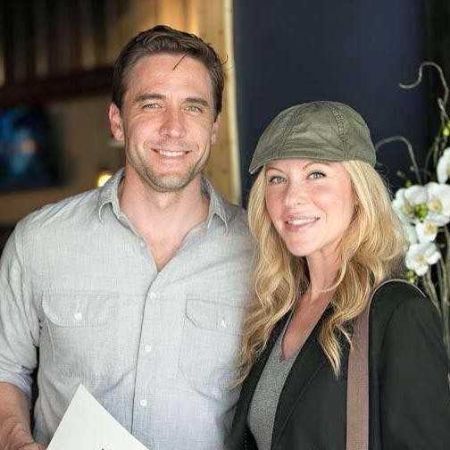 The only thing known is that Patrick and his ex-wife were still together in 2015 when he joined WYFF News 4 in South Carolina.

Patrick Hussion started his career at One America News Network(OANN) in 2013 as a reporter. Soon he was upgraded to the anchor position and later was made the network's White House Correspondent.

In 2015, Atlanta native moved to Greenville, South Carolina, and joined WYFF News 4. He worked there for two years as a political reporter and Saturday evening anchor. While there, he got the chance to interview Donald Trump. 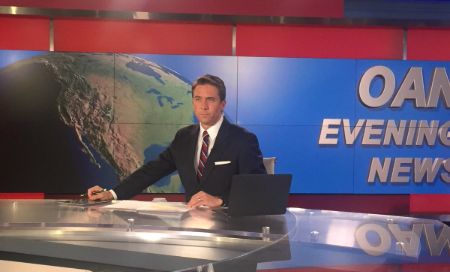 Patrick Hussion is an evening anchor at OANN. SOURCE: Twitter

In 2017, he was back in the San Diego area and rejoined OANN. Currently, he anchors OAN Evening News with Patrick Hussion, which is produced by Adonis Albright.

Patrick Hussion's overall net worth is $200,000. He earned this wealth from his journalism career as well as an acting career. He is an actor who has worked in various shorts and TV Movies.

Patrick Hussion was previously married to a woman named Anna. The marriage ended in divorce. The date of divorce is not known.

Nevin and Patrick Hussion are now legally husband and wife. They got a marriage license in May. Their wedding was canceled because of coronavirus.