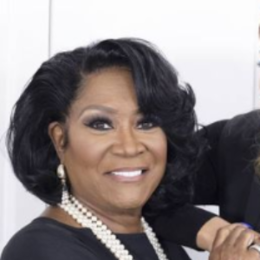 Patti LaBelle is a versatile singer, songwriter, actress, and businesswoman who made millions from her career. She came to the limelight through the musical group Patti LaBelle and the Blue Belles.

Is Patti LaBelle Married? Who's Her husband?

Patti LaBelle is possibly single right now. The Empire cast married her long-term friend Armstead Edwards in 1969. The singer-songwriter has not romantically linked to any men since she divorced Edwards. 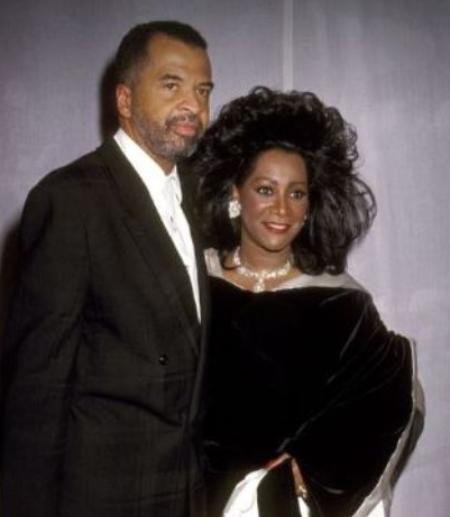 LaBelle blissfully lived with her now ex-husband Arnmstead Edwards for thirty years. But the duo announced they were no longer together and living separately in 2000. The couple finalized their divorce in 2003, citing personal issues.

The Lady Marmalade singer's former spouse is a former college vice principal and an ex-tour co-manager. Before they tied the knot, Edwards was her manager.

Before Armstead, Patti was in a relationship with Otis Williams, and the two were even engaged at one point. Otis is the founding member of the R&B singing group The Temptations.

The pair first met in the early 1960s and got engaged in 1964. However, the engagement broke off just a year later. 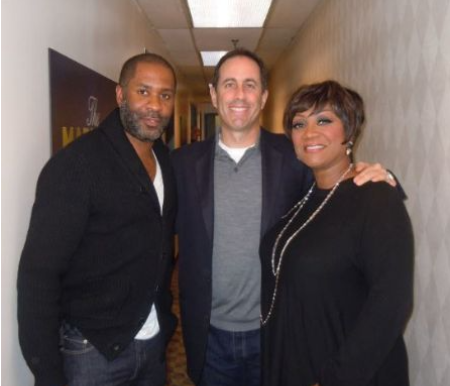 The on My Own singer's birth son Zuri Kye is forty-nine years old. He serves as a manager for his mother, Patti Labelle. Kye has two children with his wife, Lona Edwards, making Patti a grandmom to two grandkids.

How Much Is Patti LaBelle's Net Worth?

Patti LaBelle has an incredible net worth of $60 million as of 2022. She receives a big chunk from her successful career as an actress, singer-songwriter, and film score composer. 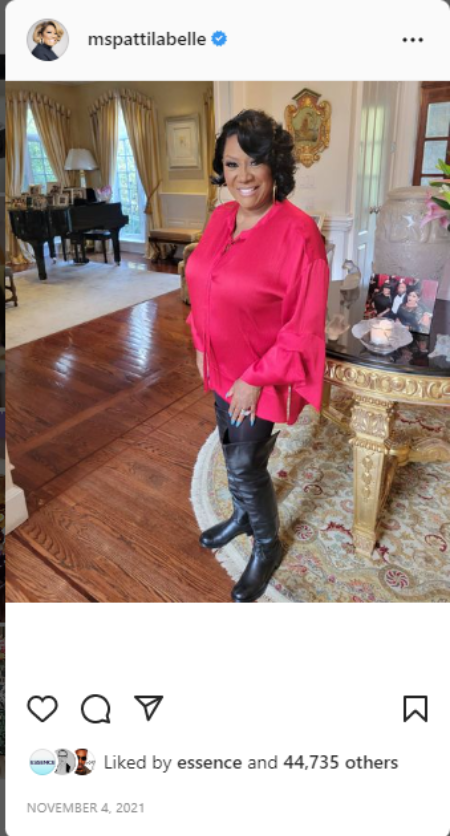 Patti LaBelle owns a lavish home in the U. S. SOURCE: Instagram

The LaBelles sold over a million copies after the single "Lady Marmadale" hit no. one on the Billboard Hot 100 chart. From 1975 to 1976, Patti LaBelle's group released albums like Phoenix and Chameleon.

Mrs. LaBelle has achieved massive success as a solo artist and actress in television shows and movies. Apart from that, LaBelle is also a fine author and a famous entrepreneur.

Patti LaBelle stepped into the entertainment industry at age ten when she performed in the church choir at Beulah Church. Patti did her first solo with the chorus just two years later.

The Pennsylvania native studied at John Bartram High School when she won the talent competition. Following the achievement, Patti formed a singing group with her high school friends titled "Ordettes."

The group did an audition for Harold Robinson, a local record label owner. After performing with them, Robinson earned the group record under the name the Blue Belles. In 1963, LaBelle enjoyed the first single, the ballad "Down the aisle."

Check out the clip where Patti LaBelle gives a surprise to an 80-year-old mom on her birthday!

In 1964, LaBelle and the Blue Belles enjoyed success with singles including "You'll Never walk Alone and Danny Boy. Subsequently, the group signed with Atlantic Records in New York. In 1970, LaBelle's team changed their name after Vicki Wickham, a producer, took over as the group's president that year.

By 1971, the LaBelle's signed with Warner Music imprint Track Records. At the same time, the group released albums such as LaBelle and Moon Shadow. In 1973 and 1974, they released their third album, "Pressure Cookin'," as well as "Nightbirds." Unfortunately, the group chose separate paths, followed by increasing differences in opinion over the group's musical direction.

Speaking of her acting career, LaBelle has been involved in other projects such as tv shows and films. She made her Broadway debut in 1982 in the musical "Your Arms too Short to Box with God." In 2010, she appeared in the musical Fela.

The 78-year-old has been featured in movies such as Sing, Idlewild, Mama, I want to Sing, and Semi-Pro. In 1990, she started appearing in the television shows such as Cosby, Out All Night, Empire, American Horror Story, and a few others.

In 1985, Patto hosted her show "The Patti LaBelle show. In 2015, the black beauty participated as a contestant on the reality show "Dancing with the Stars" Season 20.

In 2004, LaBelle became a part of the Grammy Hall of Fame for the son "Lady Marmalade." She earned NAACP Image Awards and was nominated for multiple Emmy Awards.

LaBelle likes to stay in touch with her fans and well-wishers. She is active on Facebook with 2.8 million followers. Walking into Patti's Facebook profile, we came to know she is involved in philanthropic works so far.

The actress inspires women to get tested and take care of their health. Also, she asks her fans to join "Lifetime" and "The Breast Cancer Research Foundation."

Ms. LaBelle has amassed 426K followers under her Twitter username "Patti LaBelle." She joined it in April 2010. Patti has 1 million followers on Instagram.

Patti LaBelle was born in Philadelphia on May 24, 1944, making her 78 years old. She grew up in Philadelphia, Pennsylvania, with her four siblings. Patti is the daughter of Bertha Holte and Henry Holte.

LaBelle's mother served as a domestic helper while her dad was a railroad worker and club performer. The actress did not have a joyful childhood, as her parents separated when she was twelve years old.

Keep visiting Marriedwiki for the latest celebrity biographies and articles.

Armstead Edwards and Patti LaBelle were happily married for more than three decades until they called it quits in 2003.

Zuri Kye Edwards was born in 1973 as the only biological child of Armstead Edwards and LaBelle. He is forty-nine years old.