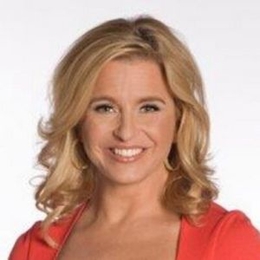 Paula Ebben is an American award-winning TV journalist, who co-hosts WBZ-TV News. She prominently rose her fame interviewing First Lady Michelle Obama at the White House as well as the three-city visit of Pope Francis to the USA. Moreover, she is famous for covering the Boston Marathon Bombings.

The news broadcaster Paula Ebben walked down the aisle with her husband, Bill Ebben. However, she has not disclosed the information regarding their wedding date, venue, love affair, etc. Talking about her husband, Bill formed a company named Ebben Group, in which he's the CEO. The company is an advertising agency integrated into Boston in the Greater Boston Area. 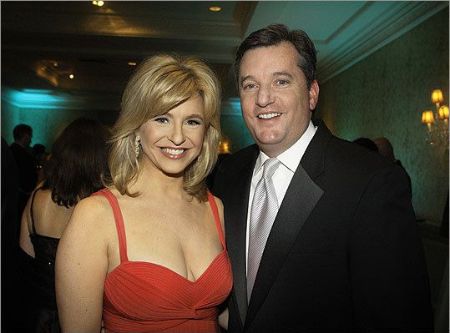 The lovely couple shares four children together: two adorable daughters and two handsome sons. But, the details of the kids, including their names, date of births, and academic history, are behind the curtains. Although Paula is a well-known journalist, she prefers to keep a low-key life. However, there is no sign that Mr. and Mrs. Ebben would split up.

In fact, even in December 2021, decades after their wedding, the marriage of Paula and her husband is still going stronger. The news reporter often shares pictures of her husband on Instagram. Only recently, Paula shared a picture of her man and herself in Christmas spirit.

Not to mention, the husband and wife are also grandparents. Daughter Breeanna Wallence Ebben is married and a mother to a daughter named Ellie.

The mother of four started her reporting career as an anchor for New England Cable News. Besides, she served WGMC-TV as a reporter based in Worcester. Later, she joined WGMC-TV Charter Communications in November 2001. In her entire career, she took interviews of several political and international figures such as First Lady Michelle Obama at the White House. She reported Democratic & Republican National Conventions, as well. 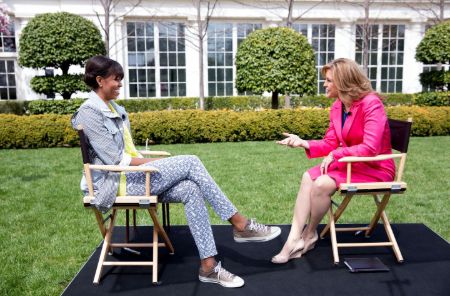 In 2011, Ebben was hired to record for all CBS stations from The Royal Wedding located in London. Furthermore, she has won many awards throughout her professional life. Paula appears as a journalist at WBZ-TV and CBS Corporation at present.

The 53 years old has an estimated net worth of $5 million as of 2020. She indeed made a massive fortune working as a TV journalist for many news corporations. It is reported that she receives a salary of over $70,000 as the WBZ host. 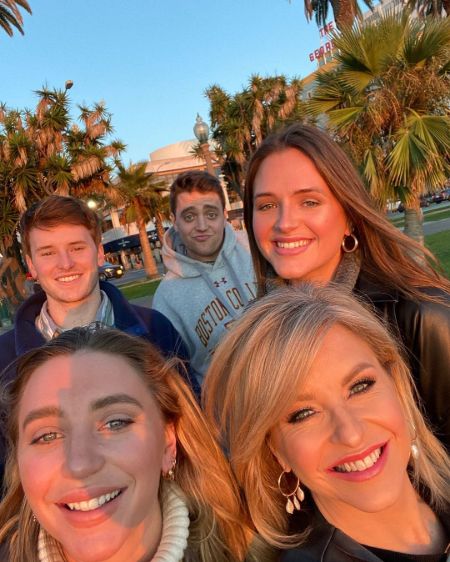 On the other hand, her husband is the CEO and founder of Ebben Company. So, surely Bill earns a hefty amount from his company. Undoubtedly, she, together with her family, is enjoying a relish life.

The CBS host received the 2014 Columbia DuPont Award. Prior that year, she had won Peabody Award in 2013. Apart from this, she was titled a regional RTNDA Edward R.Murrow Award as if the Best Feature Reporting in 2005. As a matter of fact, the award-winning anchor is nominated for enormous New England Emmy Awards so far.

Paula has also engaged on volunteering works like New County Day School of Sacred Heart, The Roxbury Latin School, Bridge Over Troubled Waters, and also the Boston College Alumni Board of Directors.

The WBZ News broadcaster, Paula Ebben, was born as Paula Blute in Boston. Her parents Dr. Bod Blute (father) and Dame Mrs. Anne-Marie (mother) of the House of Malta. To tell you the truth, she belongs to Irish-Italian-American descent. Paula spent her early days along with her ten older siblings in Shrewsbury, Boston. One of her brothers, Peter I. Blute, was the deputy chairman of the Massachusetts Republican Party. Speaking of her family, the Blute family was ranked as 'the 10th out of 50 families that run Boston.'

The anchor attended the Notre Dome Academy in Worcester, MA, from 1981 to 1985. Then, she graduated from Boston College with a degree in English.

Stay connected with us at marriedwiki.com for more Biographies, News, and Articles.

Bill Ebben is the founder and CEO of his company named Ebben Group. He married Paula Blute and has four kids with her.

Unknown is the first child of Bill Ebben and Paula Ebben. However, she has not mentioned any details of her in the public.

Unknown is the second child of Bill Ebben and Paula Ebben. However, she has not mentioned any details of her in the public.

Unknown is the third child of Bill Ebben and Paula Ebben. However, she has not mentioned any details of him in the public.

Unknown is the youngest child of Bill Ebben and Paula Ebben. However, she has not mentioned any details of him in the public.