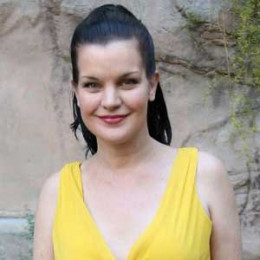 Pauley Perrette an actress, is best known for her role as Abby Scuito, in the TV series NCIS. Besides acting she also enthusiastic about music and was the lead singer of punk band Lo-Ball. Pauley is also the owner of Go label.

Pauley Perrette is an American Actress, writer, and singer, born on March 27, 1969, in New Orleans, Louisiana. She spent most of her early age in Atlant area.

Perrette graduated from Crestwood High School. She earned a master degree in criminology from Valdosta State College. Later, she moved to New York City to study at John Jay College of Criminal Justice.

Moving to Newyork city Perrette worked as a bartender, where her co-worker introduced her to a director. She was later hired her for several commercials and short films.

After appearing in several commercials and short film, she appeared in some of the movies as a guest appearance like The Ring and Almost Famous. In 1996 Perrette got a big role in the drama Murder One.

In 1998, she joined the cast The Drew Carey Show, where she played as Carey's girlfriend in several episodes. She also played a role of Abby Scuito, an eccentric forensic scientist, on NCIS, TV series based on the NAVA, Criminal Investigate Service. 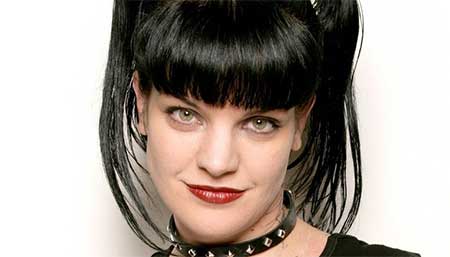 Perrette has also written a blog of some show and also created her own blog. She was also passionate about music and was the lead singer of punk band Lo-Ball. In addition to songwriting and singing, she also runs her own music labels named Go-Records.

She started performing in N.C.I.S since 2013 but left the show all of a sudden in 2018. She kept silent about the matter but multiple sources claimed that she left the show following 'multiple physical assaults'.

The junior United States Senator for California Kamala Harris is in the race for the 2020 United States presidential election and Perrette is putting full support behind her.

She declared her endorsement of the Democratic California senator via a Twitter post on 22 January 2019 that said,

I’ve known @KamalaHarris for over a decade. She’s brilliant. I’ve been begging her to run. She’d be a great president. Proud of my friend. #Kamala2020 pic.twitter.com/SCFkluT7qX

In a November tweet, she motivated Christians to give their precious votes against Republicans in the midterm elections. She stated that the ideologies of President Donald Trump are the "opposite of Jesus".

Perrette is currently in a relationship with Thomas Arklie, a British actor. The pair began dating in 2010, and after one year of dating, they announced their engagement and got engaged in December 2011.

Perrette previously married an actor and musician Coyote Shives for three years. They started dating in 1998 and tied the knot in October 2000. However, their marital relationship could not last and divorced on 1st February 2006. Shives mentioned in the court papers that their marriage broke up because she slept with a pizza deliveryman.

Perrette was also in a romantic relationship with Michael Bosman. They dated for three years from 2005 and finally got engaged in June 2008. But, the pair did not last long and separated in 2009.

Her ex-husband Shivers accused her of stalking him and sending him handwritten death threats. He claimed in his lawsuit that she harassed him and defamed him since they split.

Furthermore, he addressed her climbing through his bedroom and trying to harm his female friends. In November 2015, she was assaulted by a homeless man outside her Hollywood Hills home. The person named David Merck was arrested and charged for felony assault and making criminal threats.

Perrette was hospitalized in 2014 after suffering from a severe allergic reaction in her body. She admitted that her face was swollen twice its original size. Further, she warned people who use black dye in their hair.

The American actress Pauley Perrette is making a decent amount of salary, her estimated salary is $200 thousand per episode of NCIS. As of 2017, her net worth is around $16 million.

Pauley Perrette was previously married to Coyote Shivers, the actor, and musician in October 2000. They dated for three years from 1998. They divorced in 1st February in 2009.