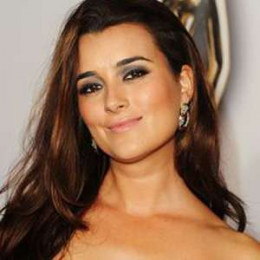 Cote de Pablo is a Chilean-American singer and actress. She was born to father Francisco De Pablo and mother Maria Olga Fernandez. At the age of ten, she moved to the United States where she learned acting. She began her career at the age of fifteen in the entertainment industry. After graduation, Cote moved to New York to find work as an actress. She appeared on the New York City public theater stage in the Shakespearean play “Measure for Measure" in 2001.

Cote de Pablo appeared in the small roles such as in “Gina". She also had roles in the street play. Cote won an ALMA Award for her works in 2011. Her other works as an actress include in The Education of Max Bickford, The Jury, NCIS, and The Dovekeepers.

She is currently reported to be single. Cote was in a long term relatiosnhip with actor Diego Serrano. After years being together, the couple broke up in June 2015.

She is best known as the co-host of the Latin-American talk show Control. She played the role of Ziva David in the CBS television series NCIS IN 2005 for which she grabbed an ALMA Award in 2011.