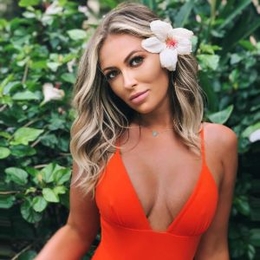 Whenever you are related to someone in the sports sector or the television universe, you automatically become a part of it. Her introduction would be incomplete without mentioning that she is the longtime girlfriend of accomplished golf player Dustin Johnson. She also rose to fame as the daughter of a retired Canadian ice-hockey player, Wayne Gretzky.

Whenever you are related to someone in the sports sector or the television universe, you automatically become a part of it. Her introduction would be incomplete without mentioning that she is the longtime girlfriend of accomplished golf player Dustin Johnson. She also rose to fame as the daughter of a retired Canadian ice-hockey player, Wayne Gretzky.

One of the major reasons why Paulina Gretzky is popular as she is today is because of her romantic relationship with the 2020 PGA Tour Player of the Year Dustin Johnson. The pair might have been together for over five years now, but interestingly, her boyfriend had actually met her mother Janet Gretzky in 2009. In fact, the pair dated each other after several years. 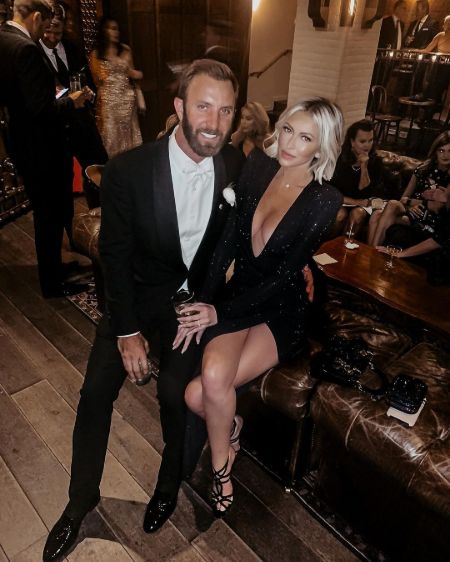 Paulina Gretzky and PGA golfer Dustin Johnson are in a romantic relationship since 2013. SOURCE: Instagram

In an interview with Golf Digest, Paulina Gretzky open up on how she was embarrassed about how her mother had talked so much about him before. Her first impression of the talented sports athlete was how he looked 'a really cute guy.' Eventually, the two strengthened their bond and first dated in 2012. Their relationship was strong from day one as they never stumbled and ended up with an engagement in 2013. Her beau, Johnson wrote, 'she said yes' on his Instagram handle. 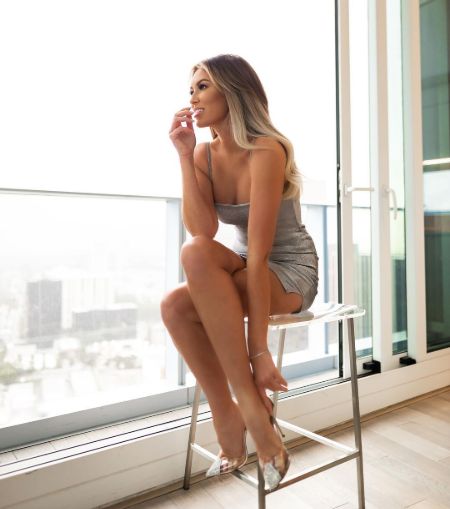 Seven years into their engagement, Paulina and her husband haven't been able to set a wedding date just yet. Gretzky and Dustin wanted their dream marriage to be perfect, which might be the main reason for the delay. Despite not being married, the duo shares two adorable children named Tatum and River, born in 2015 and 2017, respectively. The former world number one, who bagged 23 PGA wins to this date, had a reputation as a 'bad boy' in the world of sports. Later, he told on how he is working to become a role model for the kids, and Paulina definitely plays an integral role in that.

There were even rumors on how Dustin cheated on Paulina by sleeping with a woman called Yassie Safai. Luckily, Safai cleared the year on how there was barely any truth in that. The pair aren't married just yet, but the wedding date is about to be ascertained very soon.

When it comes to finances and income, Paulina Gretzky is quite well off considering her career as a model and an Instagram personality. Furthermore, she is also an amateur singer who might go big in the years to come. Specifically, the celebrity girlfriend gathers a staggering net worth of $5 million as of November 2020. 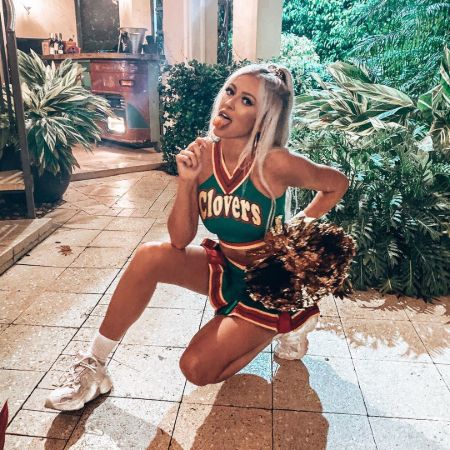 Gretzky is extremely busy in her life, mostly with modeling projects, but that doesn't let her spend less time with her golfer boyfriend. She is quite active on Instagram with over 822,000 followers. As the daughter of a sportsman, Wayne Gretzky, and model Janet Johnson, Paulina became a fan-favorite personality once she entered the world of social media, which might also because of her gorgeous figure. In an interview, she said how she always felt like she fit in naturally in the world of glamour.

Paulina's longtime fiance Dustin Johnson is a multi-millionaire who gathers a staggering net worth of $50 million as of November 2020. Her partner even tested positive for Coronavirus in October.

Paulina Gretzky and her boyfriend Dustin Johnson have two sons. Tatum Gretzky Johnson was the eldest one as he was born on January 19, 2015.