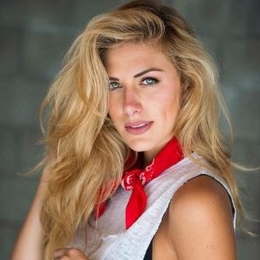 Actress and dancer Perry Mattfeld is one of those Hollywood actresses who gathered fame in a short professional career. She is best known for her works in the series like Shameless, Escape from Polygamy, and Wizards of Waverly Place.

Perry Mattfeld is a beautiful actress who won thousands of hearts through her pretty looks and acting skills. But is anyone able to win the heart of the actress?

Perry Mattfeld is currently dating her long-term boyfriend, Andrew Wright. The duo is together for a couple of years and shares a strong bond. Further, the pair is open about their relationship and often shares pictures together in their respective social media accounts. 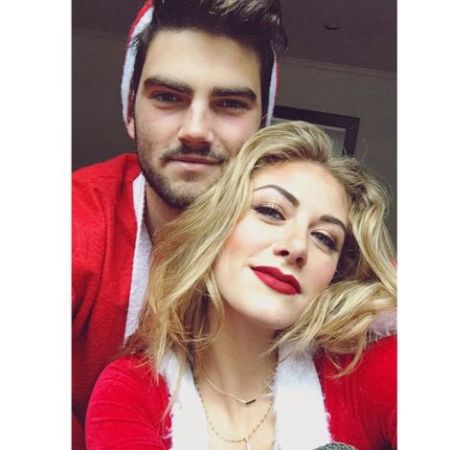 The couple is deeply in love, and it won't be a wonder if they soon share the wedding vows. Besides, many people considered that the duo separated as they do not appear together nowadays; however, there is no official sign of break-up between them.

Perry is out of dating rumors regarding her early life. It looks like the actress was waiting for the love of her life until she found Andrew.

How Much is the Net Worth of Perry Mattfeld?

Perry Mattfeld is a popular American actress who is highly praised and loved for her work. Thanks to her acting career, she gathered a decent sum.

Very lucky to represent my incredible cast of @cwinthedark at CW’s 2018 Upfronts SO IN LOVE WITH THIS SHOW & THESE PEOPLE!!

Mattfeld started dancing at the age of 5, which eventually lead her to appear feature on the musical theatre programs. Until now, she performed in many television series including Shameless, Escape from Polygamy, and Wizards of Waverly Place

As of now, the actress is starring in the CW series named In the Dark. What's more, she shared the screen with popular actors like Casey Deidrick, William H. Macy, and Emmy Rossum, among others.

Double jointed. Are you?

Perry Mattfeld owns a perfectly carved body and stands tall at the height of 5 feet and 8 inches (1.78 m). Additionally, the actress looks gorgeous with a pair of green eyes and blonde hair.

Don't Miss to visit marriedwiki.com/wiki for celebrity biographies and news.