Rapper Peter Gunz is known for being a part of the rap duo Lord Tariq and Peter Gunz. Gunz is also an actor known for Steels.

The love life of rapper and actor Peter Gunz is very interesting. Though he was married to German singer Amina Buddafly, he was in the news for his fling with his on-off flame, Tara Wallace at the same time. 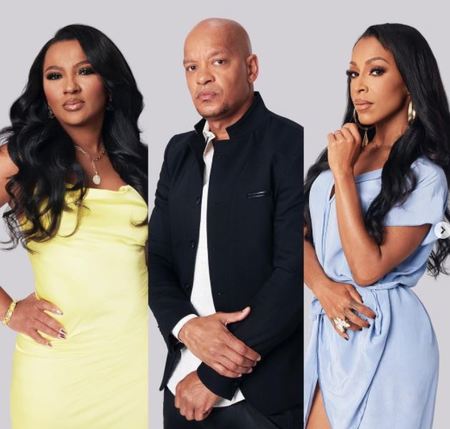 Peter Gunz was in love with ex-girlfriend Tara and ex-wife Amina at the same time. SOURCE: Instagram (vh1)

According to him, he was simultaneously in love with both the women. Peter was living with Tara when he married Amina and has three children with Tara. As recently reported, he was seen with another woman in the streets of Miami. So far, there are ten kids of him and they've been from six different women.

Well, Peter and Amina wed in 2013 and remained married to the mother of his two children for five years before they divorced in 2018. And, aside from Tara whom he dated on and off from 2000, the rapper was also romantically linked to ex-girlfriend Gina Prince and Jazzmin Farah Brown.

Peter is a father of ten children in total and shares two children including Bronx Pankey and Cori Gunz with ex-wife Amina while he shares daughter Whitney Gunz with Jazzmin. Likewise, Peter also shares three sons; Jamison Gunz, Gunner Gunz and Kaz Gunz with Tara. The mother of her other children is a mystery, as of now.

What is Peter Gunz's Net Worth?

Rapper Peter Gunz is best known for his music duo called, Lord Tariq and Peter Gunz. They got their musical fame when their song Deja Vu (Uptown Baby) was picked at 9th position in US Billboards 100. 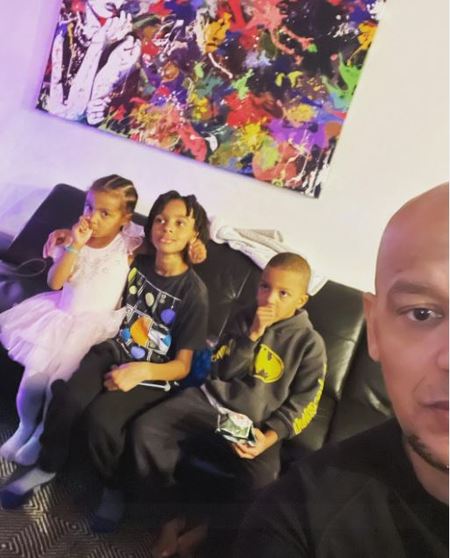 Not to mention, Peter first appeared on the rap scene when he and Lord Tariq were featured on Whodini's album Six in 1996. He appeared in season 4 of the VH1 reality series Love & Hip hop: New York in a romantic entanglement between previous flame Tara Wallace and ex-wife Amina Buddafly.

Furthermore, Gunz appeared on the show for Love & Hip Hop: New York from 2013 before he took a break in 2018. Gunz appeared on the show again in 2020. Gunz, likewise, also has been a part of other TV Shows and films such as The Love Edition, Everybody Plays The Fool, The Wedding, How to Make It in America, Love the Hard Way and Dirty Little Secrets. Gunz is expected to have made no less than $500,000 when it comes to his net worth.

Amina was a part of Black Buddafly, German R&B duo composed by twin sisters. She joined the cast of Love &Hip hop in 2013. She and Peter were married and have a son.

Cory is a 28 year old rapper from New York, born on June 22. His birth name is Peter Cory Pankey Jr. His mother identity is unknown but is son of Peters' first child. He himself is a father of twin Madison and Mackenzie.

Whitney is second child of Peter. Her mother identity is Jazzmin Farah Brown. She is in her twenties and already a mother.

This 15 year old boy is not that active on social media. He is third child of Peter.

Fourth child of peter, she is also 15 year born after Brandon. She is from New Orleans.

Phoenix is the sixth child of Peter. Since, she is also from New Orleans, she and kennedi met and is 9 years old often.

Jamison is eight years old born to Peter and his girl friend tara. He is their first child and seventh child of Peter. Jamison is known by his nickname Juice

Kaz is brother of Jamison, second child of Peter and Tara together. He just turned four and is known by his nickname Milk

Just a year old, Cori is eight child of peter and first child with his wife Amina Buddafly.

Gunner is recently added in the list of Peters' children. He was born to Peter and Tara, thats makes him their third child together.

Bronx Gunz is one of the youngest children and daughter of singer Peter Gunz and his German former wife, Amina Buddaflly.