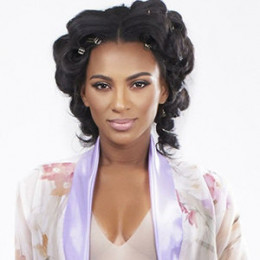 Born in Mississippi, Tara Wallace is an American reality TV show star of African ethnicity, who is famous for her role in the Vh1 documentary series Love and Hip Hop New York. She graduated from Jackson State University with a degree in Dramatic Arts. Later she went to New York's Actors Studio Drama School for Masters of Fine Arts in Acting. Before getting into TV shows, she also worked as a manager. Tara has given her performances in the musical and off-Broadway theater as well.

Tara Wallace's show mainly features lifestyle of hip-hop and R&B music artists. She is often praised for her sexy physique and was previously in a relationship with a hip-hop artist and has two children with him. Later they got separated and after separation, she gave birth to a third child with him again.

Tara Wallace was born as Taranasha Wallace on September 20, 1982, in McComb, MS. She holds an American nationality and belongs to the American-African ethnicity.

Tara joined the University at Jackson state and earned her degree in Dramatic Arts. After completing her education she moved to New York to pursue her dream of acting as she attends New York’s Actors Studio Drama School and received MFA degree.

Before gaining fame, she was just another aspiring actress. She joined Virgin Megastore in downtown NYC and worked in few gigs in small time commercial and community theatre.

In 2013, Wallace was offered a spot on VH1's reality series, Love & Hip Hop New York. The show is based on the day-to-day life of women who are either themselves hip-hop artists dating someone or are married to or dating hip-hop artists stars.

The show helped her to gain name and fame among audiences which telecast her triangle love affair between longtime rapper boyfriend, Peter Gunz, and LHHNY co-star, Amina Buddafly.

Wallace hasn't married yet but she is in a romantic relationship with Peter Gunz. The duo first met in 2000 and nearly dated for 13 years before casting in LHHNY.

The couple relationship wasn't easy one they face numerous ups and downs in their love life. However, in the end, the couple part ways. The reason behind their split was Peter extra love affair with LHHNY co-star, Amina Buddafly.

The now 34 years old reality star has earned a quite impressive net worth from her career as she succeeds to maintain a net worth of $100 thousand and it is assumed to be a rise in 2017 end.

She is quite popular in social sites too, she has more than 1 million followers on Instagram and thousands of followers and well-wishers on facebook and twitter.

There is not much information about Jamison. However, he looks to be cute and resembling to his mother in the photos Tara has posted online.

Kaz is considered to be the most adorable kid in the Love and Hip Hop New York family. There is not much informaton about him.

Tara gave birth to Gunner after breaking up with Peter. This child is thought to bring issues between Peter and his current partner Amina.