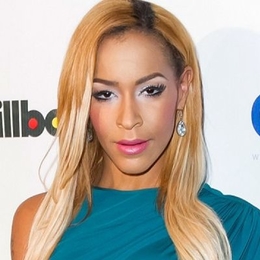 Amina Buddafly is a widely acclaimed musician and songwriter, who is known to the world through her astounding vocals and musical mastery. She has contributed a huge plethora of hits through to the music industry and it shall be cherished till mankind lives on.

Amina Buddafly is currently in a fulfilling and blissful relationship with Marty West, a widely acclaimed musician, songwriter, producer, and arranger. The couple started dating somewhere around late 2018. The world still has to wait a while before getting an update on the intricate details of the romantic happening of the life of the Don't Wanna Be Right hitmaker.

Can’t wait for the world to hear all of the magic we’ve created Love you @m.west1 🥰#youmakemebetter . . . Song:”Been There Done That” dropping July 17th‼️‼️‼️‼️‼️‼️

Prior to her relationship with the producer, the musician married a prominent name in the rap industry, Peter Gunz. The duo tied the knot back in 2013. As a matter of fact, the couple said their "I do" in a quaint and intimate ceremony with the attendance of only their close friends and family. Moreover, the duo also shares a daughter together named Cori Gunz.

To add up, the duo was something of a sensation among the tabloids and the fans as well. Contrary to the popular belief that the couple would last a lifetime, they parted ways back in 2018 leaving the world in a massive shock. 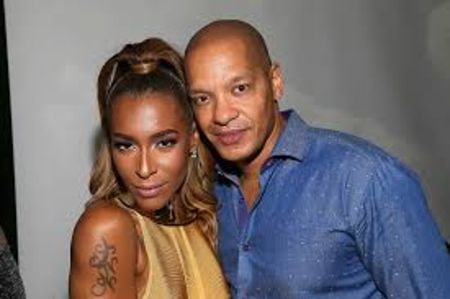 According to official sources, Amina and Peter chose to legally see the end of their troublesome marriage that endured years of documented dysfunction. In fact, the former rapper maintained during an interview, their marriage got off to an incredibly rocky and unconventional commencement.

He admitted during an interview with Bossip,

"We got married on the shakiest grounds ever. When the wedding was over, she went home and I was living with someone... The way we got married, how did we expect for something like that to last?"

The Deja Vu hitmaker further elaborated on the fact that they took extra time out of their busy schedule to work out major details ranging from child support to custody agreements. It is kind of a given that both of the musical sensations just needed to sign on the dotted line and earn an official green flag from the judge.

Amina Buddafly amassed a net worth of $2.5 million through her longstanding active career in the field of music. Through her money-making ventures including producing and creating her own artistic marvels.

With the fortune she summoned for herself, Buddafly sure lives a lavish and opulent lifestyle. With that being said, her social media profile is filled with the adventure-packed life that she chooses to live while traveling the world.

Amina Buddafly was born Amina Pankey on April 18, 1983, in Hamburg, Germany. As a matter of fact, she gets astounding musical flair from her family as she was brought up in a musically inclined family. To add up, she shared her childhood with two sisters, Sophie, and Jazz who actually are two of the other members of the group, Black Buddafly.

The rapper and reality TV Star of African American ancestry and German nationality stands tall at the height of 5'7" (170 cm).

Amina married a prominent name in the rap industry, Peter Gunz. The duo tied the knot back in 2013. As a matter of fact, the couple said their I dos in a quaint and intimate ceremony with the attendance of only their close friends and family.

Prior to her relationship with the producer, she married a prominent name in the rap industry, Peter Gunz. The duo tied the knot back in 2013. The duo share a daughter together named Cori Gunz.