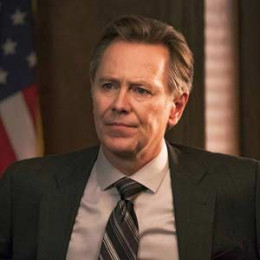 Nikita fame star, Peter Outerbridge is a Canadian actor who started his acting career in 1990. He rose to fame after starring in the CW action series Nikita as Ari Tasarov, Bob Corbett in Bomb Girls, William Easton in Saw VI, Dr. David Sandstrom in the TMN series ReGenesis.

Peter Outerbridge was born on June 30, 1966, in Toronto, Ontario, Canada to lawyer parents as the youngest child. He was raised along with his four siblings, two brothers, and two sisters. He is Canadian and belongs to the mixed ethnicity (Swedish and Bermudian).

His grandparents were missionaries in China in the 1920s and later returned to Canada. His grandfather was a minister for the United Church in Northern Ontario.

Outerbridge completed his schooling in Toronto. Later, he attended the University of Victoria and earned his graduation in acting.

Soon after completing his graduation, Peter Outerbridge enrolled in theaters. He toured Canada for almost four years with the theatre group Way Off Broadway. He has acted in the various stage production. He made his TV debut in 1990 with 21 Jump Street in a minor role.

He appeared in numbers of TV series and films but failed to achieve success until 1996. He cast in the Lynne Stopkewich's film, Kissed from which his career skyrocketed. He was highly appreciated for his acting skill and even earned a nomination at  Canadian Genie Awards as the best actor. 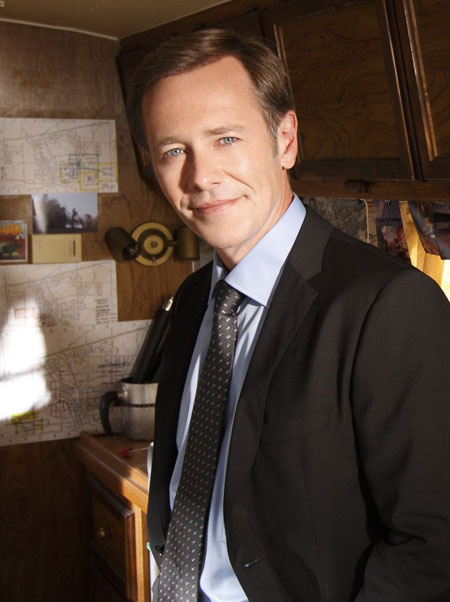 Some of his screen credit includes Mission to Mars, Marine Life, Men with Brooms, Land of the Dead, Population 436, Shut In, The Commish, Forever Knight, Road to Avonlea, The Outer Limits, Giant Mine, Millennium, 24, ReGenesis, The Listener, Zoo and others.

Outerbridge starred in CW series, Nikita in 2010, he played the recurring role of Ari Tasarov who was a former head of GOGL and Maggie Q's (Amanda) former love interest. He also lends his voice to various animation series and radio drama including, Frontline, Afghanada, Beast Legends, Zombies: A Living History and others.

Peter Outerbridge has an estimated net worth of $2 million as per some online sources but no official confirmation has come about it. He earned $150k-$300k form TV series and movies.

Here is the list of some of his highest grossing movies,

Peter Outerbridge is a married man, he exchanged a vow with his longtime actress girlfriend, Tammy Isbell. They tied the knot in May 2000 at an intimate private ceremony in the presence of their closed ones and family members. 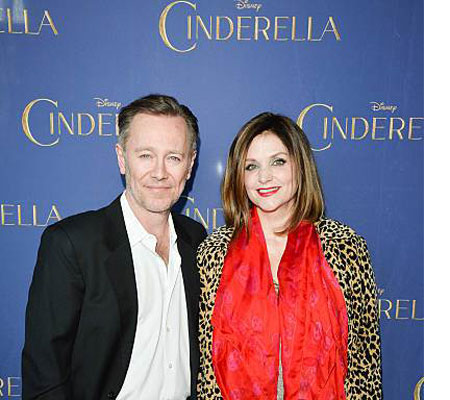 In 2004, the duo welcomed their twin sons, Samuel Outerbridge, and Thomas Outerbridge. Currently, he is enjoying his blissful married life along with his wife and kids.

Stay on marriedwiki.com for latest updates!

Peter Outerbridge is a married man, he exchanged a vow with his longtime actress girlfriend, Tammy Isbell. They tied the knot in May 2000.

Samuel Outerbridge is the son of Peter Outerbridge and Tammy Isbell. He was born in 2004. He lives with his family.

Thomas Outerbridge is the son of Peter Outerbridge and Tammy Isbell. He was born in 2004. He lives with his family.