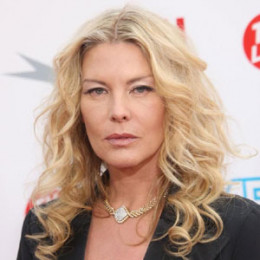 Deborah Kara Unger is a talented Canadian actress who got recognition after appearing in films like Highlander III: The Sorcerer, Crash, The Game, Payback, The Hurricane, White Noise, Silent Hill, 88 Minutes and The Way.

Debora Kara Unger was born on 12 May 1966 in Vancouver, British Columbia, Canada. Her mother was a nuclear disposal specialist and father, a gynecologist.

Unger attended National Institute of Dramatic Art in Australia, making her the first Canadian to be accepted there.

As soon as she did her graduation Debora started working in Australian films and TV series such as Bangkok Hilton. She entered the Hollywood with David Lynch’s HBO miniseries Hotel Room in 1993. The following year she featured in Highlander III: The Sorcerer alongside Christopher Lambert.

In 1996 she was cast in David Cronenberg’s Crash. Her incredible performance in the movie gained her an opportunity to play in the hits including The Game, The Rat Pack in 1998, Payback in 1999, The Hurricane and the award winning movie Sunshine.

In early 2000’s she performed in the independent movies such as Signs and Wonders, Ten Tiny Love Stories, Fear X, Thirteen, Stander, Hollywood North, Emile, Paranoia 1.0, A Love Song for Bobby Long and Between Strangers. For her mesmerizing work in Between Strangers, she was nominated for Genie Award for Best Performance by an Actress in Leading Role.

Furthermore, Unger made her appearance in series like White Noise, Things That Hang from Trees, The Alibi, Silent Hill, 88 Minutes, Walled In, Messages Deleted and The Way.  In 2011 she was cast in TV series Combat Hospital with the lead role. She then portrayed the role Dahlia Gillespie in Silent Hill: Revelation in 2012. Throughout her career, she has worked alongside popular personalities such as Sophia Loren, Mira Sorvino, Mel Gibson, Denzel Washington, Michael Douglas, Nicole Kidman, and many others.

Unger is an accomplished actress and may earn a decent amount from her career. Her estimated net worth if around $1million.

The 51- year-old Deborah once had an affair with actor James Spader. However, she has well maintained to keep her personal life under wraps.

As of now, she is possibly single, with no rumors of alleged boyfriend or husband.