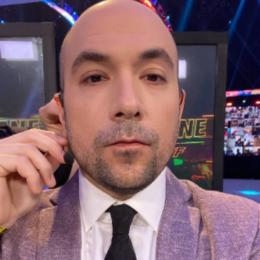 Peter Rosenberg is an American Radio Disc Jockey, television host as well as a professional wrestling personality. Currently, he is a co-host of two New York City radio programs, including the morning show at hip hop radio station WEPN-FM's The Michael Kay Show on ESPN Radio, and the Ebro in the Morning.

Who is Peter Rosenberg's Girlfriend?

Radio Jockey Peter Rosenberg is in a relationship with a lady named Natalie Amrossi who goes by her alias name Misshattan on Instagram. His present girlfriend is a photographer and art director by profession. 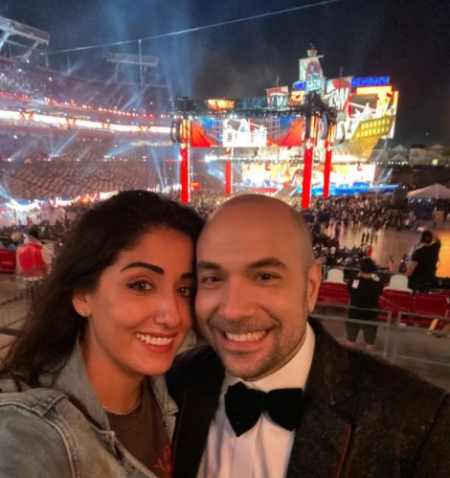 While Peter definitely likes to keep his relationship with his partner hush, he isn't shy of sharing his girlfriend's pictures on his Instagram page. In August 2021, Peter and Misshattan celebrated their birthday together with their dog.

Apparently, Peter's beautiful partner also baked a cake for him. Peter shared an adorable picture of his girlfriend serving his dog the cake on a plate. "thank you for making every occasion so special beautiful woman," said Peter.

On the other hand, Rosenberg is yet to get down on his knees and make the life-changing question. Hopefully, fans will get to see Peter get engaged and enjoy a successful marriage this time.

Rosenberg was Married to Alexa Datt

But, before dating his girlfriend, Peter was married to Alexa Datt. They met for the first time while studying at the University of Maryland. Peter dated his beautiful partner for seven years before marriage. But, sources claim the TV personality proposed his lady live in Brooklyn Bridge while the two were on their way to a friend's party.

Rosenberg then tied the knot with the sportscaster Alexa Datt Rosenberg in September 2012. However, after less than two years of their marriage, they parted separate ways in 2018. 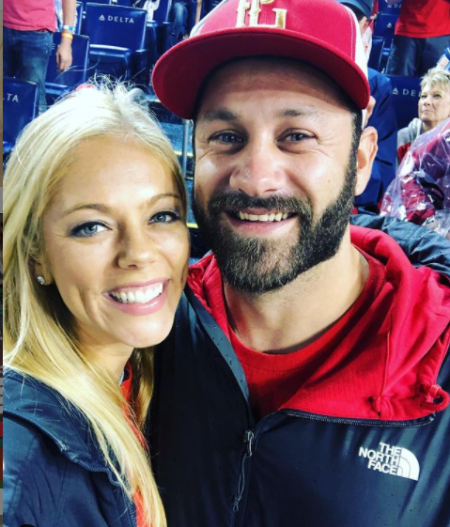 The Radio Disc Jockey lived on the Upper West Side in Manhattan, where he currently resides. As for Alexa Datt, she is currently dating her boyfriend Francesco Sharpe, a bartender at Caddies on Cordell.

How much is Peter Rosenberg Net Worth?

Peter Rosenberg has an estimated net worth of $600,000 as of 2021. He receives a decent amount from his career as a radio disc jockey, television show host, and professional wrestling personality. 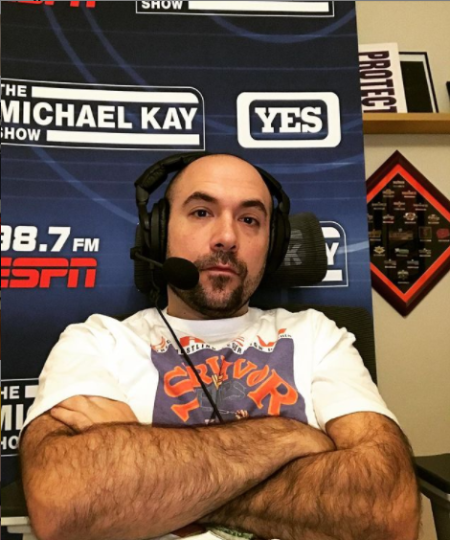 Rosenberg had been active in the entertainment industry since 1997. In addition, Peter made his on-air debut on a campus-wide program, From Dusk Till Dawn. He is best known for presenting The Hot 97 Morning Show, Juan Epstein, Real Late with Rosenberg, and MTV2's Hip Hop Squares.

The 41-year-old earned his first set of turntables at age 14. He is now famous for hosting annual concerts and interviewing the world's most prominent hip-hop and R&B celebrities. In addition, Rosenberg hosted a lavish birthday event called Peterpalooza where he invited artists like Asher Roth, Danny Brown, Fabolous, and others.

Rosenberg had been a fine vocalist as well. He recorded songs like Next Chamber, Snake Eyes, Stain, Meyheim, Wu Generation, Hallways, Real Late, and Marcus Smart.

Peter Rosenberg was happily married to Alexa Datt, a sportscaster from 2012 to 2018, They met for first time at University of Maryland.