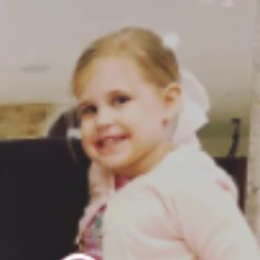 Peyton Marie Federline is the sixth child of actor Kevin Federline aka Kevin Earl Federline, and his wife, Victoria Prince. His father, Kevin, is an American former dancer, whereas Victoria is a volleyball player. Peyton's birth news became viral after her parents posted it on their social media handles.

Peyton Marie Federline was born on April 4, 2014, weighing four as the youngest daughter of Victoria Prince with Kevin Federline. As of now, he is living a blissful life with his siblings. 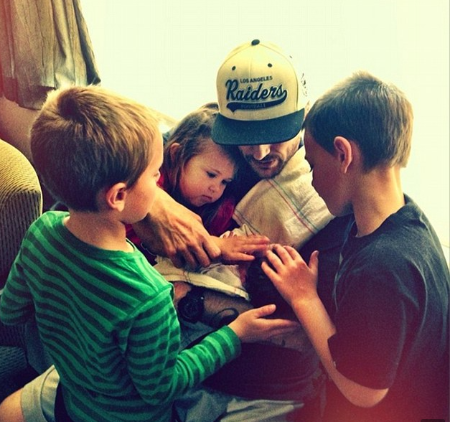 Peyton Marie Federline is surrounded by her siblings and father, Kevin. SOURCE: Magazine

Victoria Prince met Kevin Federline in a bowling league. After some months of meeting, the pair started dating in 2008. Eventually, the lovebirds tied the knot after seven years of romance on August 10, 2013. The wedding of Peyton's parents was held in a small ceremony in Las Vegas, Nevada. 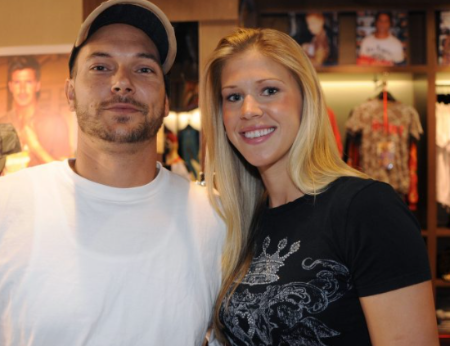 Five years later, the duo announced the arrival of Peyton with a picture via social media showing their little infant girl. Peyton's siblings could be seen around their father to get a peek at their baby sister in one photo. Peyton is the sister of Jordan Kay, who was born in 2011.

In addition, with her father's former girlfriend, aka actress Shar Jackson whom Kevin dated before Spears, Peyton has two half-siblings, including Kori Madison Federline and Kaleb Michael Jackson Federline. Not to mention, Kevin and Shar were engaged. Abd, before Kaleb was born, Kevin pursued his romance with Spears, whom he later went on to marry. And, with Spears, Kevin has two sons, including Jayden James Federline and Sean Preston Federline.

Peyton Marie has already become popular because of her association with celebrated families. She will inherit enormous wealth built by her father, Kevin Federline, who is a versatile actor, rapper, DJ, TV personality, and fashion model. Currently, Kevin Federline is worth $1.5 million as of early 2022. Besides this, he also makes money from his endorsements.

Federline starred in several reality shows, films and performed as a DJ in Atlantic City. Most recently, he is focused on raising his six children. He receives more than $20,000 monthly for child support from singer-songwriter Brittney Spears.

As for Peyton's mother, Victoria Pince reportedly works as a special-education teacher who has a net worth of $1.5 million. Before her career in education, Prince made a living by working as a professional volleyball player. Like her former in-laws, Victoria enjoys living her life out of media attention.