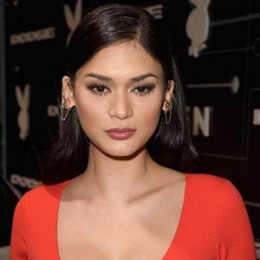 2015 Miss Universe, Pia Alonzo Wurtzbach is professionally known as Pia Wurtzbach in the Philippine entertainment and modeling industry. She is a Filipina-German actress, model and beauty queen. She gained significant success in her life after becoming third Filipina Miss Universe Philippines 2015 at the Binibining Pilipinas 2015 pageant. Moreover, she became a makeup artist, stylist, and writer for Inquire Lifestyle’s 2bU section.

Pia Alonzo was born on September 24, 1989, in Stuttgart, Germany to Cheryl Alonzo and Uwe Wurtzbach. Her mother is a Filipino, and her father is German. Pia spent her childhood in her hometown Stuttgart with her younger sister Sarah Alonzo Wurtzbach.

Pia comes from mixed ethnical background and belongs to German nationality. Her parents divorced when she was at the age of 9. She also spent several years in the UK, after being raised in the Philippines.

Pia Alonzo completed her secondary education from ABC-CBN Distance Learning School in Quezon City. After that, she moved to the Center for Asian Culinary Studies in San Juan, Metro Manila and studied culinary arts.

Pia Alonzo is a professional model, actress, host, and TV Personality as well. She kicked off her acting career under the name Pia Romero when she was only four years. After featuring in the movie All My Life, she appeared in the 2006 film All Bout Love alongside John Lloyd Cruz, Bea Alonzo, and Anne Curtis.

Pia worked on projects with IMG and is looking into re-entering showbiz, after passing on her Miss Universe crown.

Pia Alonzo is not married yet. However, she was dating Mikhail Varhavsky. Mikhail is known to many as Dr. Mike. The couple began dating in the year 2016.

The couple was reportedly spotted when they were enjoying dinner at a New York's Balvanera restaurant. Dr. Mike also said in statement,

"I am dating Pia. It's a fairly a new relationship, but I'm really excited to see where it can go!"

Dr. Mike is a social media star who many call to as the Hottest Doctor on Instagram. However, the couple broke up in a few months.

Now, there are rumors that Pia is dating to her alleged boyfriend, Marlon Stockinger since October 2016. She confirmed that she is in a relationship with Filipino-Swiss race car driver Marlon on January 16, 2017.

It seems the couples' affair is going smoothly and living happily with each other.

Pia Alonzo has earned a huge amount of net worth from her career, which is believed to be more than $2 million.

She stands at the height of 5 feet 8 inches and her weight is 54 kg. Pia has an hourglass figure with a body measurement of 34-23-35 inches. She looks beautiful with her brown colored hair and brown colored natural eye.