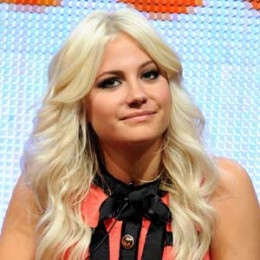 An English singer, songwriter, and actress, Pixie Lott opened her Italia Conti Associate school in Chelmsford, Essex, in January 2015. Her school launched a stage program in Chelmsford to encourage the next generation towards singing, dancing and acting. Lott's debut album, 'Turn It Up,' released in September 2009. The album reached number six on the UK Albums Chart and sold over 1.5 million copies.

Pixie Lott born as Victoria Louise "Pixie" Lott was born in Bromley, England on 12th January 1991. She lived in Petts Wood and then Bickley, suburban areas of London. Lott was born several months premature, and her mother gave her the nickname Pixie because she was " a tiny, cute baby who looked like a fairy."

She is a daughter of Stephen Lott, a stockbroker, and Beverley Lott. Pixie grew up with her siblings including Charlie-Ann Lott and Stephen Lott II.

Lott went to Italia Conti Associates Saturday school in Chislehurst. At the age of eleven, she went on to attend the main school – Italia Conti Academy of Theatre Arts.

At the age of thirteen, Lott moved with her family to Brentwood. She worked in the West End production of Chitty Chitty Bang Bang at the London Palladium, and in BBC One's Celebrate the Sound of Music in 2005.

Pixie Lott began her singing career in a church as a child and later attended an art school.

In 2006, at the age of fifteen, Pixie sang for L. A. Reid after he heard few of her demos. She signed a publishing deal, as a songwriter, with Sony/ATV Music Publishing in December 2007, while writing and recording tracks for 'Turn It Up.' Also in July 2011, Lott signed a deal with Select Model Management.

Pixie Lott is in a relationship with Oliver Cheshire, a fashion model since a long time. In November 2016, Pixie and Oliver became finace and fiancee.Till now the couple is living a happy life, and maybe soon they will get married.

Pixie is a supporter of the Penny for London charitable initiative.

Pixie has a net worth of $3 million. Pixie Lott and boyband JLS were both given £25,000 to perform in Alan Howard's son Danny's bar mitzvah celebration.