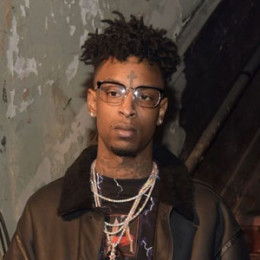 Jordan Terrell Carter, better known as Playboi Cartie, is a famous American rapper and songwriter of the Group ASAP Mob. He rose to fame from his first song Broke Boi released in 2015. He was named as one of the XXL’s 2017 Freshman Class.

Carti was born on 13th September 1996 in Atlanta, Georgia, United States. His parents moved to Riverdale, Georgian and it is where he spent his childhood. He attended North Springs Charter High School in Sandy Springs, Georgia.

At the very early age, Carti started his career as a rapper by the name Sir Cartier. His first mixtape, Young misfit released on 12th November 2012. Then, at the age of 17, he changed his name to Playboi Carti.

In the year 2015, he came to prominence as an artist from the song, Broke Boi. Soon, he became the part of the Atlanta-based Awful Recording label and performed at fashion events along with Lil Uzi Vert and ASAP Rocky.

The following year, he featured ASAP Mob’s debut studio album, Coz Tapes Vol. 1: Friends, on the track London Town and Telephone Calls. The songs were later released as the second single from the album.

Moreover, he featured along with ASAP Rocky on a track titled Summer Bummer on Lana Del Rey’s new album Lust for Life and in August 2017, he featured alongside rappers Young Thug and 21 Savage in a commercial line for Adidas Originals.

Playboi Carti is one of the successful rapper and songwriter. He has an estimated net worth of $9 million from his musical career. In 2016, he earned $14.5 million and graced the cover of 2016's 30 Under 30 issue.

Carti was dating Alexis Sky, from early 2017. The two were quite secretive about their affair. Currently, it seems the pair have broken up and both are single.

In July of 2017, the rapper and his former girlfriend were in the airport terminal when they got into a heated argument and he reportedly pushed her out of the terminal.

Later, he was arrested by the authorities and local police took him into custody for domestic battery of girlfriend. He was released on 20,000 dollars bail the next day.

Carti is dating rapper Iggy Azalea since September 2018. Rumors about their break up spread in the media as the two kept their affair low profiled. During a concert on 19th January 2019, he made things clear and said,