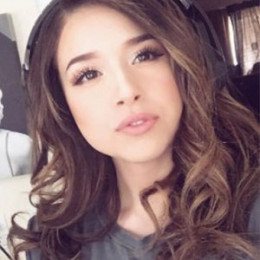 Pokimane is the alias name of Twitch streamer and YouTuber Imane Anys. The cute internet personality does live streams for games like Fortnite, League of Legends and has been in the field since 2013. She is active on YouTube with two channels Pokimane and Poki ASMR where she shares content on games, travels, vlogs and so on.

Pokimane is the alias name of Twitch streamer and YouTuber Imane Anys. The cute internet personality does live streams for games like Fortnite, League of Legends and has been in the field since 2013. She is active on YouTube with two channels Pokimane and Poki ASMR where she shares content on games, travels, vlogs and so on.

The YouTuber and Twitch streamer Pokimane is not married at the moment. The Canadian-Moroccan YouTuber recently took a picture of herself with a fellow YouTube star Tsm Myth on September 29, 2019.

It seems like, they have been dating years now. Both Imane and her alleged boyfriend's socials are filled with the pictures of one another. She lives a low-key life when it comes to her personal life and doesn't like sharing about her private life to the public.

However, being a household name on the internet she was rumored to be dating her YouTuber friends Meteos and William Lee. They work collaboratively to make videos and are close friends. However, there is no truth to it since no one ever accepted it and no evidence exists to prove their relationship rumors.

happy happy I’m off on my first EVER real vacation (not work related or family related) in 2 days! I’m seriously so excited I could cry We’ll be going to Hawaii, but let me know in the comments below where your dream vacation spot is :)

Pokimane formerly lived in Canada but moved to California to live with her YouTuber friends Scarra, SpooksOP, ChrisChanTO so that they can make videos together.

Pokimane is the alias name of Imane Anys who is professionally a Twitch streamer and YouTuber since 2013. She does live streams for games like Fortnite, League of Legends and on the Twitch platform has a whopping 2.6 million followers. Her success is seen when she got selected as one of the 15 ambassadors for the 2018 iteration of their TwitchCon event.

Gave away $100 to random fortnite duos if they could answer a question right link in bio for the full video!

Furthermore, she even partnered with Twitch for their Twitch Creator Camp. In 2018, she won Twitch Streamer of the Year Award in the 10th Shorty Awards and nominated for Live Streamer & Content Creator of the Year in the 8th Streamy Awards and The Game Awards 2018 respectively.

Some of her fellow Twitch streamers are Myth, Jaryd Lazar (Summit1g), DrDisRespect and many more.

Besides Twitch, she also has a huge career on YouTube with two big channels namely Pokimane and Poki ASMR. Through her first channel which is under her alias name she shares contents related to games, podcasts, vlogs and does ASMR videos from her other YouTube channel.

As for subscribers count her primary channel boasts 3.1 million subscribers and managed to grab an accumulated 217.3 million views. Her secondary channel Poki ASMR has 501k subscribers.

ASMR or Autonomous sensory meridian response is becoming a trend on the internet where people make pleasant tingling sensations and sounds like whispers. It also acts as a sedative as it begins from the scalp and moves down the body. It is even said that ASMR videos help the viewers to sleep.

Meanwhile, she also posts collab videos on the channel Offline TV where she is an official member. The team includes other YouTubers like Scarra, Fedyster Business, Disguised Toast and Lilypichu and their collab channel has 657k subscribers.

What is Pokimane's Net Worth?

Pokimane's net worth is not estimated but according to naibuzz, it is $900,000. Her main source of earning is from her career as a Twitch streamer and YouTuber. She earns around $330,000 annually from YouTube and her pay also includes sponsored ads & partnerships.

Besides, Pokimane has a merchandising of her own and sells beauty skin products and clothing like T-shirts and hoodies for both men & women from online site pokimerch.com.

Here is a video of Pokimane answering 20 questions related to her life.

Pokimane was born Imane Any under the birth sign Taurus on May 14, 1996, in Morocco. She is better known as Amy and her nationality is Canadian Moroccan. 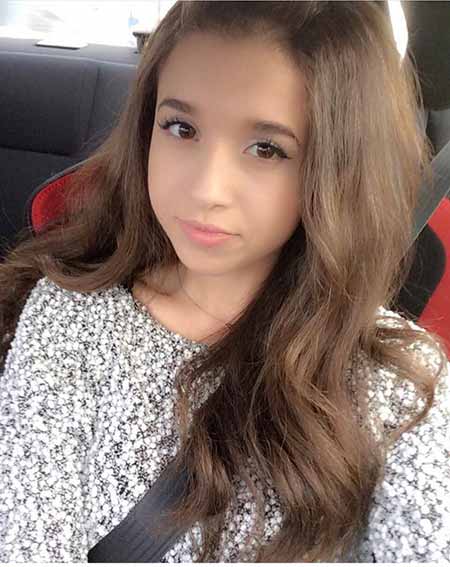 As for her education, she studied at McMaster University to study chemical engineering but dropped out later on. She speaks fluent French and speaks in a Moroccan dialect.