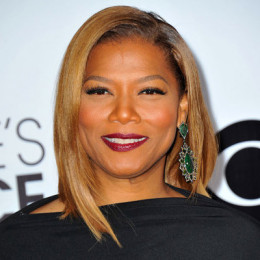 Dana Elaine Owens is commonly known as Queen Latifah and she has established herself prominent in multiple sectors in the American entertainment industry. She is well known rapper, songwriter, singer, actress, model, television producer, record producer, comedienne, and talk show host. She spent her childhood in Newark, New Jersey. She was born to her parents Rita Owens and Lancelot Owens, Sr. Lancelot Owens, Jr. is her sibling. She is well known of her presence in Set it Off, Bone Collector, Last Holiday and Chicago.

Queen Latifah was born as Dana Elaine Owens on March 18, 1970, in Newark, New Jersey, U.S. She is the daughter of  Rita (née Bray), a school teacher and Lancelot Owens Sr., a police officer.

Queen Latifah started beatboxing for the hip-hop group Ladies Fresh in 1988. She released her first album,  All Hail the Queen in 1989. She debuted in the small screen in Fox sitcom, Living Single.

Queen Latifah has an estimated net worth of $60 million.

Queen Latifah is openly bisexual. She is unmarried and she isn't dating anyone at the moment. In 2014 she engaged to her girlfriend Eboni Nichols and news were also aired for them to get married. While rumors surrounded for them being separated towards the end of the year and their 3 years relationship coming to an end.

You May also discover: Amy Winehouse

Before Nichols, she also dated Debbie Allens, Kendu Isaacs, and Jeanette Jenkins but all of them ended on a sad note.

Her mother, actress Rita Owens died on 21 March 2018 due to heart failure.