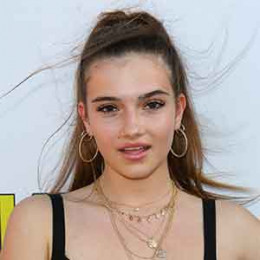 Lexi Jayde is an American actress, she was born on August 19th, 2002, in the city of Los Angeles. She was born in a family which was related to show business. The young actress has been involved in singing, dancing, modeling, and other types of activities since early childhood. But she is mostly known for her role in the movie Lucky Dog (2014). Her net worth is said to be around $300k but her salary is under a review.

Alexis Jayde Burnett or better known as Lexi Jayde was born on August 19th, 2002, in the city of Los Angeles to Brock Burnett and Melissa Brunett. As a matter of fact, Lexi is born into a family connected to the entertainment industry.

Her father Brock Brunett is well known for his role in Star Trek: Voyager. No information about her education has been made public as of yet. Although she is said to be in High School currently.

The young actress was exposed to the show business when she was only a kid. She booked her first commercial when she was just a child. She also took interest in singing at a very young age. At the age of 10, she was involved with an online entertainment news magazine called 'Hollywood Teen'Zine.'

It provides fans with the latest news, information, and photos of their favorite artists from the world of music, television, and films. Lexi has also appeared in several magazines. 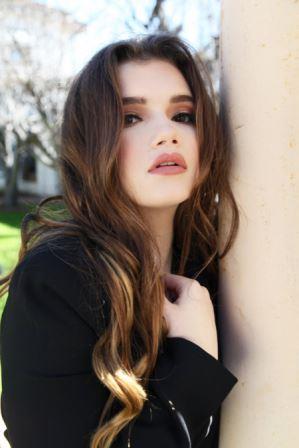 Lexi Jayde made her acting debut with a television movie, 'Stolen Child', which was released in the US and Italy on March 18, 2012. The movie was also released in other countries like France and Argentina. The 2013's short comedy flick, ‘Wednesday the 13th,' was directed and written by Tracy Morse which featured Lexi in the co-lead role.

In 2014, Lexi got the most notable role of her career in the family drama movies, 'Lucky Dog' where she played the supporting role of Emma. The movie had Bryce Johnson, Boti Bliss and David DeLuise in starring roles. The movie was directed and written by Michael Feifer. Later on, she featured as Katie in the 15 minutes short drama ‘Boys’ the movie was directed and written by Eyal Resh and it was released in Austria on October 28, 2016.

Must, See: Miley Cyrus Getting Back Into It!

A special holiday rendition of the song 'Baby It's Cold Outside,' was sung and released by her. She also appeared as a Hello Girl in the 6 minutes music video titled 'Samantha Gangal: Bohemian Rhapsody'. She was also featured in the music video of the single ‘Bingo’ in 2017 released by American singer and internet personality Jacob Sartorius.

The same year she also became part of ‘Sartorian Summer Send-Off’ tour of Sartorius featured as a special guest. She has also featured as a singer in several music videos, with pop singer Emery T Kelly.

Recently, she starred in the 2018 short horror movie 'Ghosts,' the short movie was directed by Shaun Royer and starred actors like Indiana Massara and Matt Sato.

Lexi Jayde's Net Worth and Personal

Lexi Jayde's net worth is said to be around $300k. Most of her income comes from her acting career. However, her salary is still under review. As well as there not being any pieces of information about her cars or other possessions.

Lexi Jayde's favorite social media stars are Logan Paul, Baby Ariel, Loren Gray, and Danielle Cohn, while she also mentions Ariana Grande, Selena Gomez, Justin Bieber, and Drake are her favorite singers. She likes to read sports-based books and on her spare time, she loves to take selfies, do the photo shoot and spend time with her friends.

If rumors are to be true, the Lexi was said to be in a relationship with Emeryt Kelly. Although it was never really confirmed, and no other report about her past relationship has been made public.

Lexi Jayde is an avid user of social media, she is usually posting pictures on her Instagram account. While she does use other social media as well be she seems to prefer Instagram. She has one million followers on Instagram.

Currently, Jayde is reportedly dating Emeryt Kelly. She, however, has not revealed anything yet.

Lexi Jayde currently stands in 5 feet 4 inches, she is a slim body. She weighs fifty kilograms according to her birth date she is 16 years old. Her eyes color is hazel and her hair color is light brown. No other body measurement has been disclosed yet.