Rachel Elizabeth Boston is an actress and producer. Boston rose as an actress by acting in American Dreams in which she played the role of Beth Mason and shortly after that she started bagging many roles. The actress does not seem to be married, although she has been in a few relationships before.

Rachel Elizabeth Boston was born on May 9th, 1982, in Chattanooga Tennessee, USA. She was born to Terry Boston her father and Brenda Boston her mother. She has two brothers Brian Boston and Andrew Boston. Although she was born in Chattanooga, Tennesse she grew up at Signal Mountain. Rachel is of American nationality and her ethnicity/race is white.

Rachel Boston also Miss Teen Tennessee in the year 1999 and soon after she was successful in being the top ten of Miss Teen USA. Her brother Andrew Boston was a student at Harvard University and Brian Boston is a geologist. 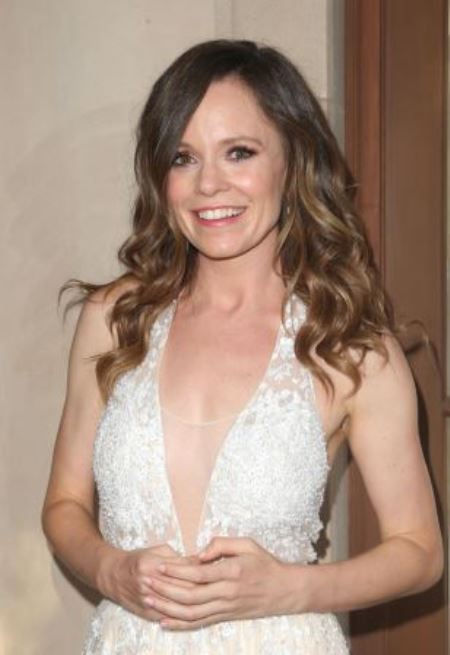 As a child, Rachel Boston used to perform in school, church and community theaters. She went to a girl's preparatory school in Chattanooga, Tennesse. She moved to New York in order to study at Fordham University. She moved to Los Angeles, California to shoot American Dreams.

Rachel Boston has been in many TV series and movies, but she rose to fame in 2002 when she was in the TV series American Dreams from 2002-2005. Later on, she was cast as Daphne Bloom in the CBS series 'The Ex List' and after that, she joined the cast of the hit series 'In Plain Sight'.

And in the year 2013, she played the role of Ingrid Beauchamp in the fantasy drama series called 'Witches of East End' which made her a household name.

Along with TV series Rachel played in a bunch of movies. Moreover, in the year 2011, she was cast in the movie 'The Pill' as Mandy which got her the honor of Stargazer Award for the most talented emerging actress at the Gen Art Film Festival, as well as the Best Actress Award from the San Diego Film Festival, and finally the Emerging Artist Award from the Big Apple Film Festival.

Rachel Boston previously appeared, with Joseph Gordon-Levitt and Zooey Deschanel, in the Golden Globe-nominated movie '500 Days of Summer', which premiered at the Sundance Film Festival and won an Independent Spirit Award for Best Screenplay.

She co-starred with Matthew McConaughey and Jennifer Garner, in the romantic comedy, 'Ghosts of Girlfriends Past'.

Tomorrow night! @GoodDoctorABC at 10/9c  Such a kind and wonderful cast and crew. Love this story. Here's to all things courage and hope. #TheGoodDoctor pic.twitter.com/sZHXdb4gc6

Rachel Boston recently appeared in an episode of The Good Doctor series.

Rachel Boston has been one of the most successful actresses of all time and this has helped her to bag many roles. After acting in a bunch of movies and TV series, she has not only earned fame and awards but wealth as well. Her exact net worth is yet to be made public, however, her net worth is said to be in $4 million.

While Rachel Boston’s fans have always desired to know what’s up with her love life, however, we can’t tell if she married or in any romantic relationship. The actress has, of course, been spotted with several individuals which started rumors and gossips about her being in love but, she has never truly confirmed or refuted the speculations.

Rachel Boston has been more focused on her career than dating in the past. The actress has dedicated her time and passion for her career. However, it also must be noted that it was once believed she was having a relationship with the drummer of “The Third Eye Band” – Brad Hargreaves.

Although neither Rachel nor Brad confirmed that they were in a romantic relationship, their affair was authenticated by them being together in other public events and parties.

As a matter of fact, they were seen together at the 5th Annual Makeup Artist & Hairstylist Guild Awards which happened in 2004 at the Beverly Hilton Hotel.

Soon after the masses confirmed the breakup story for themselves after they stopped seeing the actress and the drummer together.

Rachel Boston doesn't seem to be married and it’s rather difficult for anyone to tell if she’s currently dating anyone. She seems to be rather active on social media and has more than 68k followers on her Twitter and 86k followers on Instagram as of 2018.

Rachel Boston stands five feet and nine inches tall and weighs around fifty-eight kilograms. She is 37 years old as of 2019, and her body measurement is 32-24-33. Similarly, her height is 5 feet 9 inches or 1.75m.