Home Article Know about the fairytale romance of actor Matthew McConaughey and wife Camila Alves: Couple got married in 2012: Have three children

Know about the fairytale romance of actor Matthew McConaughey and wife Camila Alves: Couple got married in 2012: Have three children 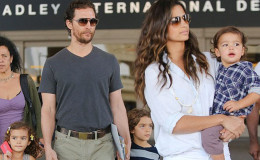 The fairytale romance of actor Matthew McConaughey and his wife Camila Alves inspired many of their fans. They are one pf the perfect couple of Hollywood.

As we all know, the heartthrob of Hollywood ‘Matthew McConaughey’ is a married man. He tied the knot with a very beautiful Model and designer ‘Camila Alves’.

In Hollywood, it is really tough to find out the long lasting relationships. In fact, they are so much of a rarity that we are more shocked when a couple manages to stay together for many years.

However, Matthew and Camila are one of those couples who are still very much in love. Their romance is not less than any fairy tale stories.

Matthew met his wife in a quite ordinary way, as many of us meet our partners at a night club. They encounter at a club in LA back in 2006.

McConaughey was there with friends, and finding love was the last thing on his mind. But then, there was Camila. 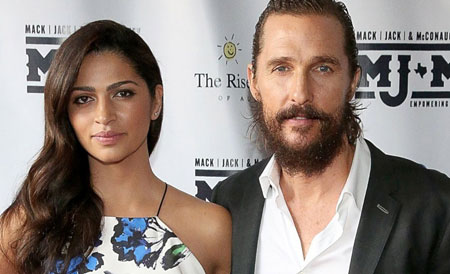 In a candid interview with ‘Access Hollywood’, Camila recalls the first met with Matthew. She said, ‘I had no idea who he was, as he was fully covered up by a massive beard and an even bigger hat’ she added ‘Later I spotted lance Armstrong (best friend of Matthew) next to him.’

Before getting engaged in 2011, the duo dated for five years. They scheduled their wedding for 2012 in Texas.

The actor admitted that before meeting Camila, he doesn’t believe in marriages. However, after having her in life, his perception towards marriage got changed.

Matthew said getting married to Camila was the unforgettable day.

Their wedding was not huge but it simply beautiful and elegant. Even though the couple kept their big day a secret until the very last minute, certain celebs such as Reese Witherspoon were spotted by the paparazzi jetting off to the couple’s wedding. 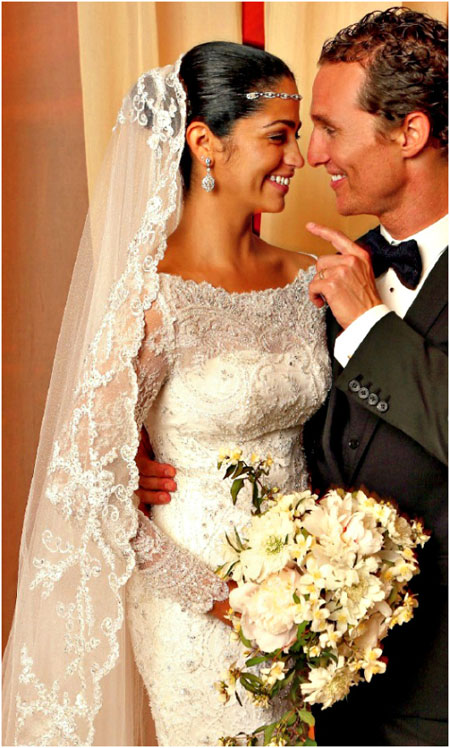 The duo has been together for almost 10 years and still, their love was same as before. They made us believe that true love still exists in this world.

Matthew defines his love as ‘first sight love’ he says that he was struck by the model's beauty the first time he saw Camilla. However, for it was definitely not. 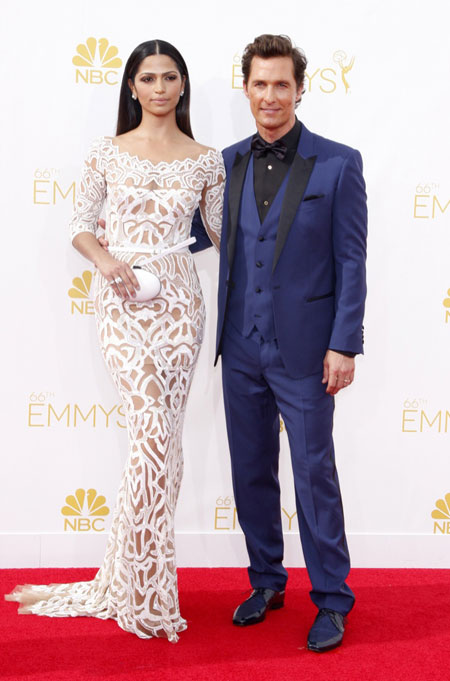 In an interview Matthew shared his first experience of dating with Camila ‘ We went on our first date three nights later and I knew then, I have been wanting to go on a date with her for the last nine years and not with anybody else.’ So romantic isn’t it.

The way Matthew describe how he fell for his wife, reminded us some romantic novels.

McConaughey began his career through television commercials 'Austin American-Statesman'. McConaughey's big break came as the lawyer Jake Brigance in the film 'A Time to Kill' (1996).

He proved his acting skill through various movies including;  The Wedding Planner, How to Lose a Guy in 10 Days, Dallas Buyers Club, Magic Mike and much more.

He worked with many other versatile actors which helped him to be better in entertainment fraternity, Jared Leto, and Channing Tatum are those actors.

He had his commercials debuted in September 2014, they were parodied by Ellen DeGeneres, Conan O'Brien, Jim Carrey, South Park, and Saturday Night Live.

Even though the couple resides in Texas, their story captures the essence of a true modern Hollywood fairy-tale.