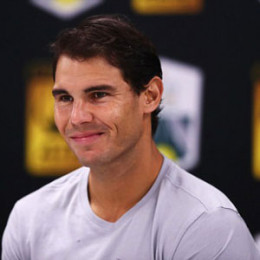 Young Nadal in his early teens made an unregretted decision to choose tennis over football, and the rest became history before our eyes. Winner of a record 11 French Open singles titles and 17 Grand Slam titles, holder of the record for the most titles won (11) at a single tournament by a male player, Rafael Nadal is often placed alongside Roger Federer as the all-time-greatest in the tennis world.

Rafael Nadal Parera was born on 3rd June 1986 in Mallorca. He was born into a rich family with the dad Sebastian Nadal an entrepreneur and owner of an insurance company and a tourist restaurant. His mother Ana María Parera sold perfume before becoming a full-time housewife. Both of his uncles were related to sports. One of his uncles, Miguel Angel was an FC Barcelona player and the other, Antonio Nadal was a tennis coach.

Encompassed by sports, young Nadal actively played both tennis and football. With Nadal’s grades declining, his father made him chose between football and tennis. He chose tennis. However, the kid did not have an athletic body, nor good stamina suited for the sport. After he lost to his opponents, his parents withdraw their support from his tennis aspirations. The remedy chose for him was to run several kilometers on a sandy beach daily, which did work and brought him closer to tennis. 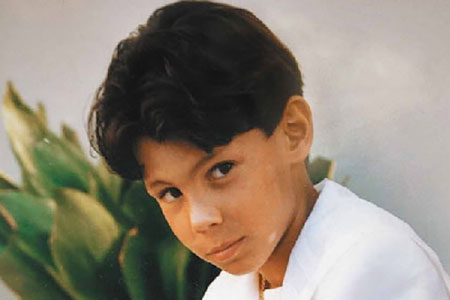 When Nadal was just 12 years old, he won the Spanish and European tennis titles in his age group. He turned professional at age 15.

Nadal moved to the professional league at the age of 15, hitting it off as early as the first year. At sixteen he became a semi-finalist of the Wimbledon Junior tournament, and two years later got the victory for the Spanish national team at the Davis Cup. In the following couple of years, the young prospect did really well taking home numerous prizes in major tournaments.

The season of 2005 was his highway to fame where the glimmering star won numerous games on the ground. People even started calling him “King of the ground”. In the season, he won twenty-four games in a row defeating tennis giants like Guillermo Corio, Juan Carlos Ferrero, and the undisputed leader of most tournaments for many years, legendary Roger Federer.

As if defeating Roger Federer wasn’t enough, he rose himself to the third place in the tennis world rankings after his remarkable triumph in the French championship. However, the guy didn’t stop there; the star demolished players after players in the same season which saw him climb at the number two. At the very end of the season, however, Nadal fractured his leg, leaving him doubting his tennis career. His coach Tony Nadal, after much counseling, put the athlete back on his feet and boosted his confidence.

The year 2008 saw the peak of Nadal. The player not only won the French Open with ease, he even came out on the top in what was the most anticipated tournament of the year’s Wimbledon. Raphael Nadal played his arch-rival Roger Federer in the final that lasted almost a day and managed to defeat the legend. Inevitably, he overtook Rodger Federer in the list of the best tennis players of the year. 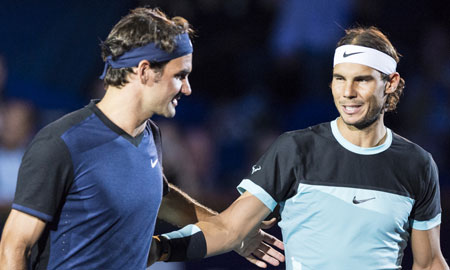 Rafael Nadal and Roger Federer in a game
Source: For the win - USA Today

The next few years of Nadal were quite poor, failing to register his promising form, which was partially due to discomfort in his knees. He refused to participate in several tournaments that followed.

In 2010, Nadal yet again rose to the number one in the world. He couldn’t defend the title the next year as he lost to Serbian tennis player Novak Djokovic but beat his contender in the following year at the annual Open Championship in France which made him a sevenfold champion.

After his spell away from tennis, that came after yet another knee discomfort, he was revived in 2013 to be at the top yet again, defeating his main opponent Novak Djokovic. In 2014, Nadal won the French Open, making him the nine-time champion of the tournament. However, he lost the first place in Wimbledon to a young player Nick Kirios.

In 2015, Nadal won Argentina Open and Mercedes Cup but lost in French Open to Novak Djokovic. In 2016, he had to withdraw from his most fabled tournament as he wasn’t able to bring his A-game due to a wrist injury. His age started taking a toll on him, being wounded beyond repair.

As of the present, Nadal still sits on the top ranking, winning altogether four trophies in 2018, on the top of having remained the number on in Emirates ATP ranking the year before too.

Raphael met Maria through his sister Alice. They officially started dating in 2005, although they had known each other for many years. The pair was absolutely resolute about their privacy, especially Maria, who tried to hide the relationship from media for many years. However, it finally came out after journalists started spotting Maria with the sportsman’s mother.

Maria doesn't feel the necessity to be a celebrity and is very passive in the social media. She says her relationship works because of her inactivity in the media. Sure enough, she has interviewed with the media a handful of times. In one interview with The Telegraph, she brought up an incident where she denied to go to a sponsorship dinner with Rafael, fearing to be crowded by the media personnel.

Maria respects the fact that Rafael needs his space during his professional games. She rarely visits the court to support her boyfriend. She told in the interview with the Telegraph that it usually makes her anxious too during Rafael matches, and it works for the both, for her not to be present in the stadium.

Nadal is seen spending some wildly luxurious vacations with his girlfriend Maria. In 2015 shirtless Nadal and bikini-covered Maria were spotted on board a yacht outside of Mallorca, Spain having some great couple time, seemingly as a time-off from his athletic duties. 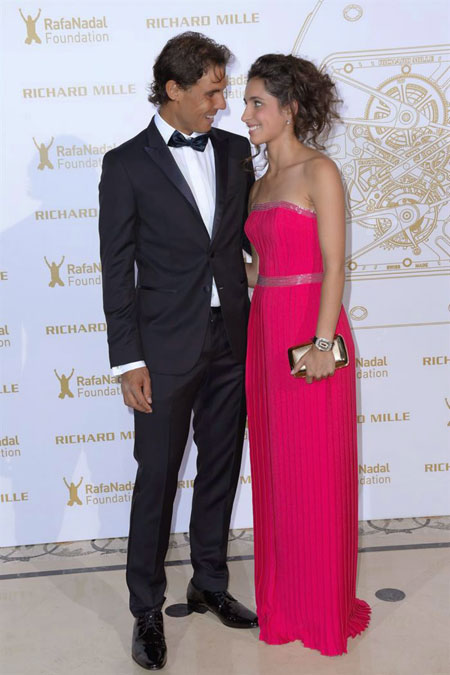 Although the couple has yet to announce their intentions of marriage, we hopefully do know the union is more likely to come in the near future. He told La Nacion,

“You never know what will happen in the future, but I understand that I will form a family, have kids, I do not know how much. I love children, but one does not decide unilaterally, it takes two.”

Nadal has a net worth of $160 million. As per the record of September 2017, he earned $90 million as tournament prize money. In terms of on-court earning Nadal is the third highest earning male tennis player of all time.

He has made as much as tens of millions of dollars through endorsements from companies like Babolat, Nike, Banco Sabadell, Tommy Hilfiger, Richard Mille, Kia Motors, and Telefonica. Between June 2016 and June 2017 he collected more than $21 million from endorsement alone.

In 2016, Nadal became one of the highest paid celebrities in the world, earning a total of $40 million from tournament victories and endorsements. According to Spanish media reports, the tennis superstar purchased his Mallorca home in 2012 for about $46k.

His family home is right around the corner. Nadal owns a yacht which he named "Beethoven" after his grandfather's nickname given for being a director of an orchestra. According to Boat International, Nadal takes his Monte Carlo yacht 76 back to the island of Mallorca, his home.