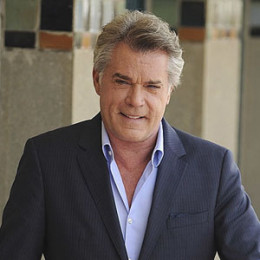 An actor, film producer, and voice actor, Ray Liotta is well known for his movies including Martin Scorsese's Goodfellas (1992) and No Escape (1994). He appeared in more than 60 feature films spanning over three decades. Ray's recent project, the cop drama 'Shades of Blue,' was renewed by NBC for a second season in February alongside Jennifer Lopez. He earned an Emmy Award for Outstanding Guest Actor in a Drama Series for his role as Charlie Metcalf in an episode of the TV drama ER.

When Ray Liotta was six months old, he was adopted from a Newark, New Jersey, orphanage by Mary Miller (Edgar) an appointed township clerk, and Alfred Liotta an auto-parts store owner, personnel director, and the president of a local Democratic club. He has a sister, Linda Liotta, who is also adopted.

Ray attended the University of Miami, received a degree in Fine Arts in 1978. He studied acting with Robert "Buckets" Lowery.

Liotta made his acting debut on the daytime drama Another World where he worked from 1978 to 1981 as Joey Perrini.

In 1986 his first major role was in Something Wild, which earned him his first Golden Globe nomination. However, he was the winner of the Boston Society of Film Critics Award for Best Supporting Actor.

In 1989 he co-starred alongside Kevin Costner in the fantasy/drama film Field of Dreams— Liotta portrayed Shoeless Joe Jackson, the ghost of the famed baseball player.

Ray received critical praise for his performance in Phoenix playing a compulsive gambler in 1998. After that, he landed plenty of major roles in many movies like Forever Mine, Pilgrim, Heartbreakers, The Last Shot, Wild Hogs and so on.

In 2015 he starred Western miniseries Texas Rising for The History Channel. He currently features opposite Jennifer Lopez in Shades of Blue.

Ray Liotta is in a romantic relationship with his girlfriend, Silvia Lombardo since 2018.

Liotta married Michelle Grace, producer, and actor on 15th February 1997. The ex-couple met on the set of The Rat Pack (1998), and the ceremony was conducted by an Elvis Presley impersonator in Las Vegas. They have a daughter named Karsen Liotta born on 21st December 1998. The pair divorced in 2004.

After that, he was in a relationship with Jill Marie Jones in 2006. Like his previous affairs, it also didn't last. Liotta is currently single.

On 19th February 2007, Ray was arrested on suspicion of DUI after crashing his Cadillac Escalade into two parked cars in Pacific Palisades. He pleaded no contest to the charges.

In 2014 Ray filed a case against a skincare company for using his face to promote its 'age-defying' cream without his permission.

Ray roughly earned  $1,500,000 annually. It has been estimated that his current net worth is around $20 million.

Stay tuned to Marriedwiki.com/wiki for more news and entertainment of your favorite celebrities!!!

Ray Liotta married Michelle Grace, producer, and actress on 15th February 1997. The couple has one daughter.

They have a daughter named Karsen Liotta born in December 1998.