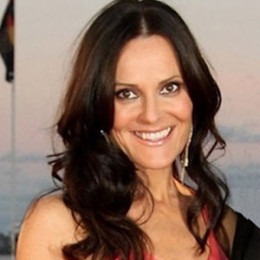 An Australian publicist, Rebecca Gleeson rose to stardom after marrying the renowned Hollywood actor Eric Bana. Their two decades of blissful married life is regarded as a perfect example among Hollywood celebrities.

Rebecca Gleeson is happily married to her husband, Eric Bana and shares two adorable children. They're bound in a marital relationship for over two decades now. If you are curious to know more about her married life, husband, relationship status, then scroll down;

Rebecca Gleeson tied the knot to her boyfriend turned husband on August 2, 1997, and the duo's wedding ceremony took place at St Joan of Arc Church, Brighton in Melbourne.

The couple first met in 1995 while both were associated with Seven Network where Eric Bana worked in TV series Full Frontal. Quickly after the meeting, the duo started hanging out and engaged in a romantic relationship.

Gleeson and Bana are considered one of Hollywood's most enduring pairs. On top of that, Gleeson and Bana have a solid marriage and her beau declared that the key to their relationship is a sense of humor and amazing chemistry they flaunt.

According to Eric Bana, Rebecca is quite patient with him and she looks more beautiful without makeup. The lovebirds currently reside in Australia.

On 27 June 2019, Eric Bana showed off his muscular frame as he packs on the PDA with bikini-clad wife Rebecca Gleeson on Italy's Amalfi Coast. Gleeson frequently grabs the attention of the audience as he always attends at the premieres with Bana.

Eric Bana looked completely smitten with his spouse as they enjoyed a family holiday in Positano. The Dirty John actor exposed his muscular frame in a pair of blue and orange boardshorts at the beach.

Meanwhile, Rebecca flaunted her ageless figure in a blue long-sleeve swimsuit when she cuddled up to her celebrity husband. 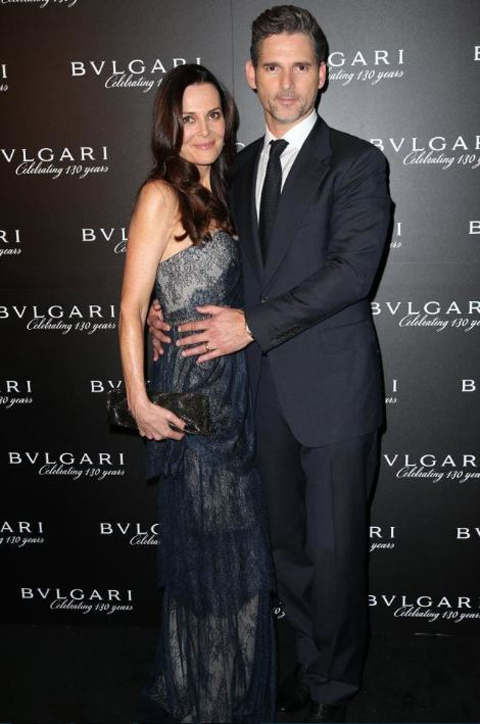 And if you think about how Eric proposed to his girlfriend then you'll be surprised to hear how it all unfolded. Well, Gleeson's partner Eric, while they were dating, won Cleo's Bachelor of the Year title in 1996 and got awarded a trip to America as a prize. He took Gleeson with him on the America trip and that's where he proposed her.

As of now, the duo has two adorable children, a son, and a daughter. The lovebirds welcomed their first son Klaus Banadinovichon in August 1999 and daughter Sophia Banadinovich in April 2002. 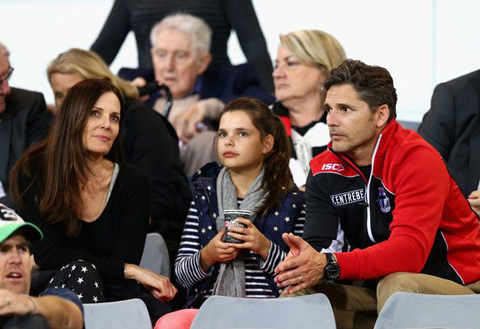 Despite being married for over twenty-two years, we can still see the young love and cheerfulness in between the couple. According to the lovebirds, the key secret behind their long term married life is a great sense of humor and love chemistry between them.

How Much Is Rebecca Gleeson' Net Worth?

Rebecca Gleeson has an accumulated net worth of around $800,000 as of 2019. She primarily collected her wealth as a publicist by earning a more than average salary of $52,000 per annum. 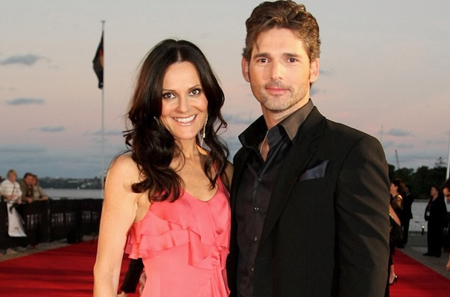 Rebecca Gleeson, an American publicist takes the official new house tour on March 14, 2020. The blonde beauty announced she and her spouse bought a brand new home and now they live in a house located in Los Angeles. They chose to live in LA because the weather is good all the time.

The duo is yet to buy furniture ad so they decided to take a tour of their dream house tour. It's like 90% empty. In the vlog, Rebecca shows some different rooms and check how their friends, Daniel and Zoe going to react after seeing the house.

The lavish LA house consists of a kitchen, family room, spacious living room with a fireplace, a huge closet, a soundproof room for playing games, a bathroom, a hallway where the YouTube plagues go, a pool, hockey ground, a tiny house at backyard for guests, and so on.

Moving on to his personal assets, The Full Frontal (1993) actor purchased a Mansion worth $10 million in 2007. The house consists of a tennis court, swimming pool, and a nine-car underground garage. The actor bought the property located at the suburb of Brighton in Melbourne back in 2005 for $3.8 million.

Rebecca Gleeson was born on January 7, 1971, in Melbourne, Australia. She holds an Australian nationality and belongs to White ethnicity. Her father is Murray Gleeson, Cheif Justice of the High Court of Australia.

Rebecca Gleeson married her long term partner Eric Bana on August 2, 1997. The duo dated about two years before walking down on the aisle. As of now, the duo is spending the blissful married life with two children, a son, Klaus Banadinovich and daughter, Sophia Banadinovich.

Rebecca Gleeson and Eric Bana gave birth to their first daughter Sophia Banadinovich in April 2002. She is 16 years old, as of 2019.