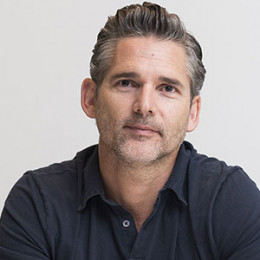 Eric Bana one of the sought after actors of the 21st century initially began his career as a comedian on television. Later after venturing onto the big screen, he achieved great success which very few managed so far. The 1.89 m tall actor who hails from Australia gave his contributions in the movies like Black Hawk Down (2001) Hulk(2003), Troy(2004), Star Trek (2009), and many others.

How is Eric Bana's Personal Life? Is He Married?

Eric Bana is in a blissfully marital relationship with his wife of more than two decades, Rebecca Gleeson. Bana's spouse, Rebecca serves as a publicist at the Seven Network, a major Australian commercial free-to-air.

And the Australian actor became 'Bachelor of the Year' for Cleo Magazine and won a trip to the US in 1996. The dashing actor proposed his future bride during their trip and subsequently, they tied the knot on August 02, 1997. 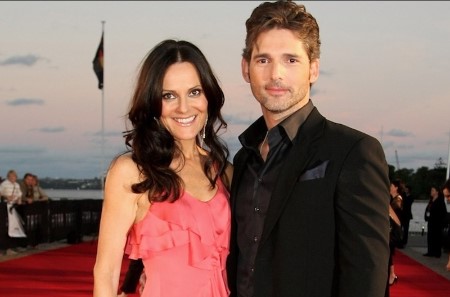 The duo's wedding ceremony was held at St Joan of Arec Church Brighton in Melbourne. They met for the first time in 1995 while both were associated with Seven Network where Bana worked in TV series Full Frontal. Slowly and gradually the lovebirds began hanging out and engaged in a lovey-dovey relationship.

How Compatible is Eric Bana and Rebecca Gleeson's Relationship?

Eric Bana and his spouse, Rebecca Gleeson are considered one of Hollywood's most enduring pairs. Other than that, the cupid have a solid marriage and Eric declared that the key to their relationship is a sense of humor and amazing chemistry they flaunt.

For him, Rebecca is quite patient with him and she looks more beautiful in without makeup. Bana shares a luxury house with Gleeson in Australia. Bana is a family man who spends quality time with partner and kids in the meantime.

Despite his popularity and recognition, Eric is barely active on social media. Well, he is active on Twitter where he usually posts about his work and other stuff but rarely about his personal life. It seems he prefers to live a secretive lifestyle away from the limelight.

Have a great day pic.twitter.com/SsIAyRdbMY

The Chopper (2000) actor is an avid motor racer and participates in many motor racing competitions in Australia. Besides, he is also a prominent fan of Australian rules of football and supports Kilda Football Club.

What is Eric Bana's Net Worth? How Much Does He Earn?

Through his active and flourishing career in the entertainment industry for over 25 years, Eric Bana gathered an enormous net worth of $40 million. The average salary of an actor in the US is $39.84 per hour and can earn as much as $50313 annually. But the actor surely receives a much higher paycheck than that.

The Munich actor boasts so much asset on his name and owns huge property in both Australia and the US. His wealth includes Esther Road mansion which he purchased for $4 million in 2003, and a lavish Holyrood Street, Hampton home worth $2.2 million. 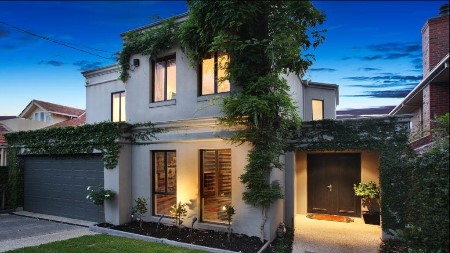 As for his acting works, Eric Bana played numerous main roles in several hit movies in his illustrious career. Namely, the veteran actor played in one of the lead character Hector in the epic war film Troy released in 2004.

The movie directed by Wolfgang Peterson grossed $497.4 million against the production budget of $185 million. In the movie, Bana played alongside some of the great actors like Brad Pitt, Orlando Bloom, Brian Cox, and Diane Kruger.

Erica Bana's movie Hulk(2003) trailer, check out the video below!

And not to mention he featured in 2003 Marvel comics based film Hulk for which he is most recognized for. The superhero movie went on to collect more than $245 million against the production cost of $137 million.

Eric Bana even works as an ambassador for Father Chris Riley's Charity Youth Off The Streets. The non-denominational community organization basically works for the upliftment of young people who are homeless drug dependent and recovering from abuse.

In addition, he is also an advocate for the Mental Illness Fellowship which works to increase the awareness of mental illness. The Lucky You actor donated money to and even worked with the Royal Society for the prevention of Cruelty to Animals.

Eric Bana was born Eric Banadinovic on August 09, 1968, in Melbourne, Victoria, Australia. He is the son of a Croatian father Ivan Banadinovic and a German mother Eleanor Banadinovic. 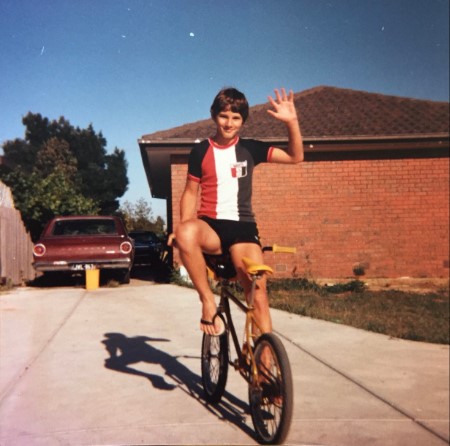 Eric Bana at a young age.

The handsome actor grew up along with his elder brother Anthony Banadinovic. He attended Penleigh and Essendon Grammar School. Since a young age, Eric loved motor racing and wanted to become a motor engineer.

Inspired by the Mel Gibson film Mad Max, he decided to become an actor. He even worked as a barman and a waiter during his early 20s. The Logie Awards winner made his screen debut in the Australian sketch comedy series Full Frontal in 1993.

Eric Bana is in a blissfully marital relationship with his wife Rebecca Gleeson. The couple tied the knot on August 02, 1997.

Klaus Banadinovich is the first child of Eric Bana And Rebecca Gleeson. He was born in August 1999.

Sophia Banadinovich is the daughter of Eric Bana And Rebecca Gleeson. She was born in April 2002