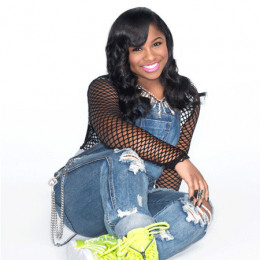 She is a hip hop and R&B singer widely known as the daughter of famous rapper Dwayne Michael Carter, Jr. or Lil Wayne and Antonia Carter. She is widely known as "Baby Carter". Briefly she sang as a group member of the R&B girl group OMG Girlz. She has three siblings named Dwayne Carter III, Cameron Carter and Neal Carter. According to her she has clothing line coming soon with her best friend Bria.

She was all over headlines after she slammed Young Thug by twitting for naming his upcoming project ‘Carter 6'. Exploring her personal life she has not married yet and currently she seems to be single. There was rumor that she was in relationship during her high school. Her fan can follow her in @reginae_carter1, which is her official twitter account and be in touch with her.