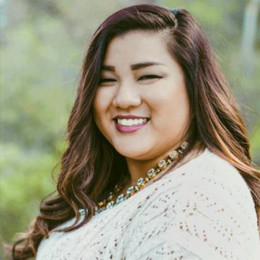 A popular YouTube personality who is well known for her YouTube channels named MissRemiAshten and RemLife where she shares beauty tips. When she was young she had a keen interest in dancing from her young age, as a result, she started dancing and competing in dance competition when she was just 5 years old. She attended the University of California and when she was still in university she started to create video content. Her video about her preparation for ASB camp was great success which helped her to gain more popularity.

Remi Cruz was born on 7 February 1995 in California. She has a younger brother. Her birth sign is Aquarius.

She has a dog named Daisy and frequently posts images of her dog on Instagram.

She started dancing when she was just five years. She took dancing classes and competed in dance competitions throughout her childhood and also in teens.

She created a YouTube video that showed what she bought in preparation for ASB camp. The same video geared her YouTube career.

Cruz, the one who has millions of subscribers, and the entrepreneur herself has a huge net worth.

She is one of the highest earning YouTube icons.

Exploring her personal life she is not married yet. It seems like she is single. Though she has posted some pic saying that she found her boyfriend but it seems that it was only for fun.

Maybe she hasn't found her Mr. perfect yet. Or she may be busy in building her career i.e. making video content to win fan's heart and earn more subscriber and followers. Nothing has been disclosed by her in terms of relationship.

The 23-year-old YouTuber dropped a jaw-dropping size 14 to size six. Her weight loss made her fans make 'slut-shaming' comments on her online.

She uploaded a video on YouTube in December 2018 in which she disclosed that people slut-shamed her for attempting the same thing she did at a heavier weight.