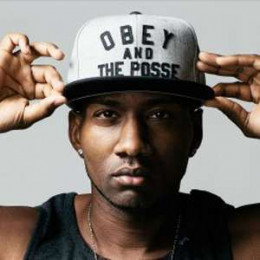 DeStorm Power is an American YouTube personality, motivational speaker, musician, and comedian. After the separation of parents, DeStorm spent his childhood with his mother who was taking care of 8 other children. DeStorm has also appeared in Epic Rap Battles of History series. DeStorm has been in 250 videos and most of them have been successful. He is the 376th most subscribed user on Youtube.

DeStorm Strom is currently dating his secret girlfriend and the couple is also blessed with a son but as he is very secretive in nature he does not prefer to talk much about his private affairs. Their son, Tayvion was born on 13th January 2001.

Scrolling his Instagram, he mentioned Nina as his girlfriend,

Happy Valentines Day to my little slice of heaven! Comment below what y’all doing today. #happyvalentinesday

Power is the winner of American Music Awards for New Media Honoree, YouTube Music Awards for Innovation of the Year winning artist and is a renowned name in American hip-hop. He loves traveling and playing chess. DeStorm is also a good cook and is good at making Thai dishes.

DeStorm Power has an estimated net worth of $2.5million as per Celebrity Net Worth, whereas, according to The Richest, his estimated fortune is around $45million.