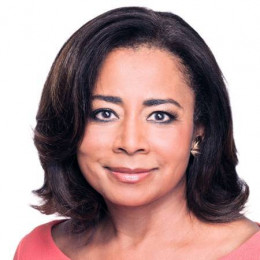 Renee Chenault-Fattah is a beautiful co-anchor of the WCAU NBC 10 News. She attended Johns Hopkins University where she majored in political science. She has also achieved J.D. degree from University Of Pennsylvania Law School. She had worked in a law firm named Hughes Hubbard & Reed in the start of her career . Later she left the job and worked as clerk for a Judge named Damon Keith who belonged to Sixth Circuit Court of Appeals. In 1991 she started her career in journalism as an anchor and reporter joining the station WCAU NBC 10 News. She has made a record being one of several minority females who have anchored evening weekday newscast in Philadelphia.

Till now there has been no report of any kind of divorce and extramarital affair from both sides, which suggest that they are very faithful towards each other.

About her elder daughter, she gave birth to Cameron Chenault one or two years before marrying him, through artificial insemination. She has also two stepsons from her husband's previous marriage named Chaka Fattah Jr. and Frances ("Fran") Fattah.

Renee Yvette Chenault was born on 12 October 1957 in Littleton, Colorado.

After graduation, she joined WCAU NBC 10 News as an anchor.

She gave birth to her through artificial insemination before she get married with Chaka Fattah.

She is very cute and adorable. She was born after their marriage. Her picture along with family can be found in different sites.