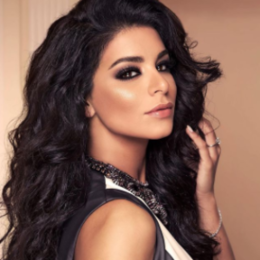 Rima Fakih Slaiby is a Lebanese-American model, actress, beauty pageant titleholder, and professional WWE star. She came to the limelight after winning Miss USA 2010 and Miss Michigan USA. Nevertheless, fans recognize her as the loving wife of Wassim Sal Slaiby.

Rima Fakih was married to Lebanese producer Wassim Slaiby on May 15, 2016, a beautiful ceremony held in Faraya, Lebanon. Wassim wore the suit by Dolce and Gabbana, while Rima was stunned in Elie Saab's customized gown. 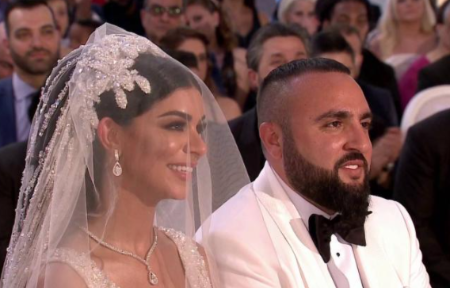 Slaiby's wedding dress took more than 1846 hours to make and 45 people to work on it. Rima's dress cost around $0.5 million. More than 200 guests attended the couple's marital ceremony.

Hollywood's big names such as Tim Seyfi, Dj Khaled, and The Weekend attended Rima-Wassim's marriage ceremony. The couple's wedding party was a blast, and the pre-wedding was memorable.

Rima Fakih Slaiby, the former American beauty queen and Miss USA, have a net worth of $500,000. The 36-year-old earned some prize money while winning the beauty pageant Miss USA in 2009.

Slaiby participated in a beauty pageant at age 19, and there she represented Michigan at Miss Lebanon Emigrant. She stood in third place at that time. In 2009, Rima earned the title Miss Michigan USA. Similarly, in May, Fakih won the Miss USA 2010 crown.

Fakih furthermore competed at the 2010 Miss Universe pageant held in Vegas. Unfortunately, she could not make it. Followed by a beauty pageant journey, Rima Fakih starred on famous TV shows such as "The Choice," "Real Steel," "WWE Raw," "Late Night with Jimmy Fallon," and "WWE Tough Enough."

Fakih also became AskMen's 2011's Top 99 Women. Moreover, she was chosen for the Arabian Business's 100 Most Powerful Arab Women in the same year. Sources claim Slaiby's Lebanese heritage and Muslim belief became the plus point for Rima to win the hearts of thousands.

Rima JR. is the first child of Rima Fakih Slaiby with Wassim Slaiby. She has two siblings.

Joseph Fakih is the second child of Wassim Slaiby and his wife Rima Fakih. Joseph has two siblings.

Wassim Slaiby and his wife Rima Fakih welcomed their third child in the fall of 2019. Jr. Slaiby has two elder siblings,