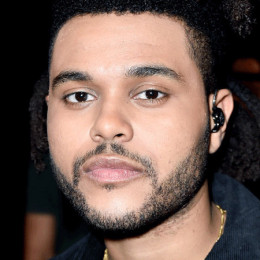 Facts of The Weeknd

Relationship short Statistics of The Weeknd

Abel Tesfaye, widely known by his stage name "The Weeknd", is a singer, songwriter and record producer. He is an R&B performer whose debut album, Trilogy was Gold-certified. He has won a Juno Award for Breakthrough Artist of the Year. In 2012, he had his first top twenty R&B single with "Wicked Games".

He began dating model Bella Hadid earlier in 2015. They were first spotted together in April at Coachella.

The duo made a red carpet appearance as a couple at the 2016 Grammy Awards. They broke up on 11 November 2016 stating some irreconcilable differences.

Tesfaye and Hadid began their romantic relationship all again in May 2018.

The Weeknd's  Net Worth

His net worth is estimated to be around $70 million as of January 2019.

Abel Makkonen Tesfaye was born on 16 February 1990 in Toronto, Ontario, Canada to Makkonen and Samra Tesfaye.

The Weekend studied at West Hill Collegiate Institute. He is of Ethiopian descent. His parents are Ethiopian immigrants to Canada in the late 1980s.