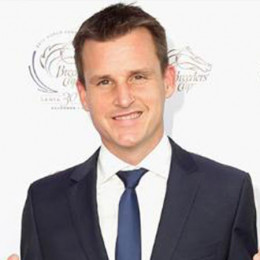 Rob Dyrdek is professionally a skateboarder, entrepreneur, and a reality star. Additionally, he is also an actor and a producer who is known for his character within the reality show named Rob and Big. He is the son of Gene and Patty Dyrdek. He was involved in sports during his early period at the age of 11. Similarly, at the age of 12, he got the sponsorship by the company and started his career as skateboarding. He founded the Rob Dyrdek Foundation in 2003. This foundation builds legal skate parks for skateboarders in their communities.

Rob Dyrdek is relishing his live-in together relationship with girlfriend turned fiancee and their kids. The skateboarder and his partner are engaged for more than four years now.

Rob Dyrdek is married to Bryiana Noelle Floes since September 2016. Before exchanging the vows in the presence of close friends and family members, they began dating in early 2015.  Rob first met Bryiana in 2013.

Happy Birthday to my gorgeous wife and amazing mother of Kodah and Nala, @bryianadyrdek. We love you more than giant cutout heads and full pink everything could ever show. 💖💘💕💖💕💖💗💝💝💘💖💕💘💖💗💓💞💓💞

Most notably, The pair perfectly manages to handle personal life with professional life. In leisure, Rob loves to spend quality time with wife and their children.

Rob Dyrdek's Fantasy Factory star prefers traveling, reading books and wandering with his friends. Apart from Bryiana Noelle Flores, he's never been involved in any kind of affairs and controversies.

Dyrdek falls under the list of 20 wealthiest skateboarders in the world. He has an estimated net worth of $50 million at present. His major source of income is a career as a skateboarder and a reality TV personality.

Dream come true to be out in Italy for the world premier of @Ferrari’s latest masterpiece. Had a chance to check out the Enzo Ferrari Museum ahead of the event and now have that much more appreciation for the man. Enzo is a true Do or Dier visionary who built one of the greatest brands the world has ever known. It was amazing to feel the history of the brand here, as well as see the new SP1 up close!

By leveraging his influence and designing the latest concepts or ideas, Rob helped turn a rising footwear and apparel brand into a $500 million international company. The family of four lives an opulent lifestyle in Hollywood, California.

Rob Dyrdek spends some portion of income in establish foundations and helping people in need. He is the founder of the Rob Dyrdek Foundation helps build safe and legal skate parks for all members of the organization to enjoy. He helps non-profit groups and towns by organizing community and educational programs which promote and encourage the sports if skateboarding.