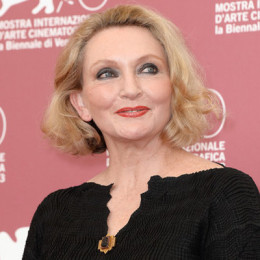 Robyn Davidson is an Australian writer. She has written a book Tracks, that describes her 1,700-mile trek using camel across the deserts of West Australia. When she was 11, her mother committed suicide and was raised by Gillian, her father's unmarried sister. She studied at girls' boarding school in Brisbane and received a music scholarship. She learned how to survive in the harsh desert and trained camels for two years.

Robyn Davidson was born on 6 September 1950 at Stanley Park, a cattle station in Miles, Queensland, Australia. Her birth sign is Virgo.

She has an elder sister. Her mother took her own life when she was just 11 years of age. Later, she was raised by her father's unmarried sister, Gillian.

She attended girls' boarding school in Brisbane. Though she received a music scholarship, she didn't pay much attention to it. She lived with biologists and studied zoology and later, she lived a bohemian life as a member of the Push.

Davidson, 68, is widely known for her career traveling and writing. She spent more than 30 years of her life traveling several places across the globe.

It's been four decades she arrived in Alice Springs in the year 1975. She was just 26 when she was planning for a desert trek with camels.

She lived with camels for over two years. She trained camels and learned survival techniques in a harsh environment. Her 2,700-kilometre journey with her dog Diggity and four camels from Alice Springs for the west coast spawned her bestselling memoir Tracks. 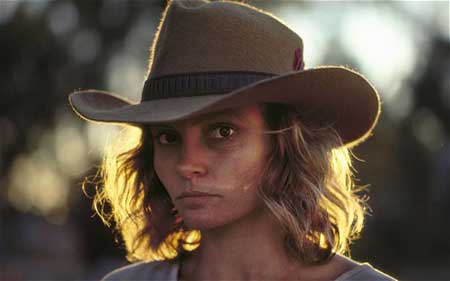 Robyn Davison photographer by Rick Smolan during her journey Source: The Katz Tapes

She had no intention of writing about her journey but things started when she wrote an article for National Geographic Magazine. The article gained much interest that made her write a book that became an instant best seller.

She met photographer Rick Solman in Alice Springs and insisted him to be with her throughout the journey. She lived with British novelist Doris Lessing in London while writing the book.

Davidson's nine-month adaptation story and her journey with camels was reflected in a movie Tracks released in 2013 starring Adam Driver and Mia Wasikowska. The movie was screened at the Venice Film Festival. 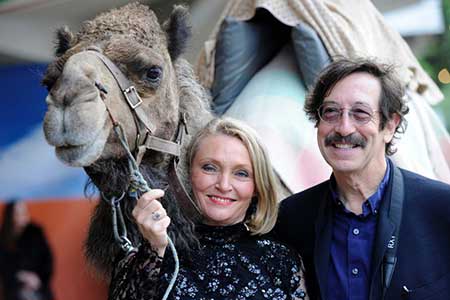 Robyn Davidson and Rick Smolan at the Australian premiere of the movie Tracks
Source: ABC

Apart from her nine-month-long journey, she's also widely popular for her journey with nomadic peoples.

She is also popular for her essay collection Travelling Light, Mail Order Bride, and Desert Places, Pastoral Nomads in India.

Solman published the images he took during the trip in From Alice to Ocean. It received huge positive comments from their fans.

Details about Davidson's net worth is not revealed yet. Tracks, the 2013 movie based on her memoir, however, collected more than $4.9 million worldwide with $510,007 domestically.

The book itself won the heart of many people being the bestseller of all time. It is available on Amazon costing $9.22 for Kindle edition and $12.82 for the paperback.

Davidson had a romantic relationship with the photographer Rick Smolan. The couple had an "on-again-off-again" romance during the entire journey. They broke up after nine months of being together in a challenging environment.

In the 1980s, she was in a relationship with British Indian novelist Salman Rushdie. They met via a mutual friend Bruce Chatwin, an English travel writer, journalist and novelist.

The couple ended their relationship after some time being together. Davidson is single at present.