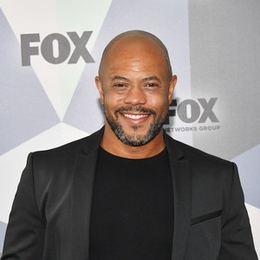 Grace Award nominee Rockmond Dunbar is an American actor renowned for his role as FBI Agent Dennis Abbott on The Mentalist. Furthermore, his other notable TV roles are as Sean Brotherton in Grey's Anatomy and as Detective Abe Gaines in The Path.

The 46 years old actor, Rockmond Dunbar, is married twice. Currently, he is enjoying a blissful married life with his second spouse Maya Gilbert, an American actress. Prior to marrying Maya, Dunbar was married to Ivy Holmes. Dunbar and Ivy wedded on 19th September 2003. 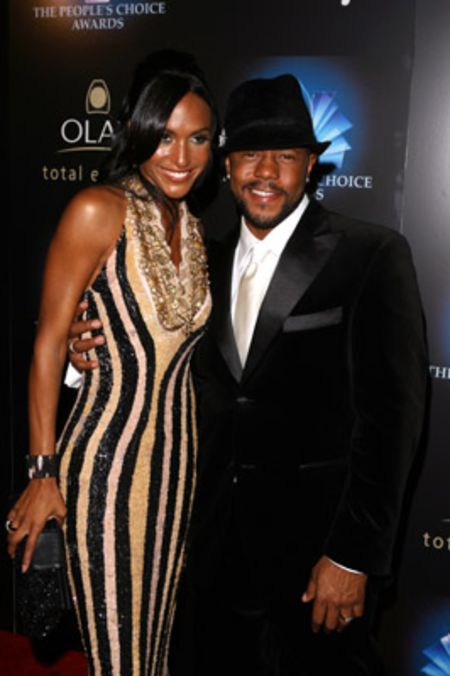 Unfortunately, Dunbar's relationship with the first wife did not last long, and the couple parted their ways after three years of their wedding in 2006. So far, neither Dunbar nor Ivy have disclosed the actual reason behind their divorce.

His first unsuccessful marriage did not stop Dunbar from falling for a new girl. After moving on from the divorce with his first wife, he got linked to his current life partner, Maya. The pair met each other while working together and began dating in 2012. 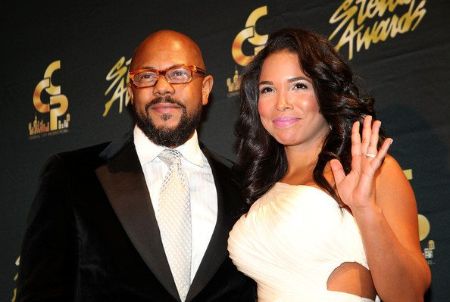 Later, the lovebirds engaged on 30th December 2012 after dating for just a few months. The Path cast got down to one knee and popped up a question when they were in Montego Bay, Jamaica. Dunbar gave a ten carate yellow diamond ring set in 18k gold. It had 5-carat cushion-cut fancy diamond surrounded by 21 cushions cut diamonds to complete another 5-carat band. 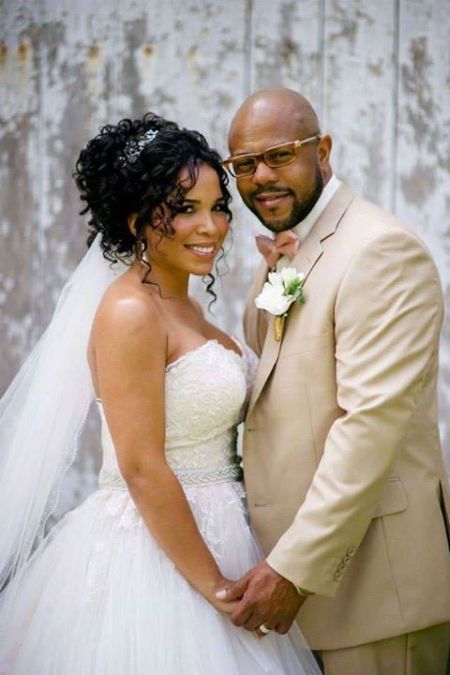 Rockmond Dunbar and Maya Gilbert on their wedding SOURCE: Pinterest

Similarly, after six months of their engagement, the lovebirds decided to tie the nuptial knot. Both of them together began planning for their marriage and further fixed the date. Finally, on 8th June 2013, Dunbar and his fiancee kissed and pronounced husband and wife. Their wedding was a lavish one, and many of Dunbar's co-stars attended the ceremony.

Maya walked down the aisle, wearing a beautiful white gown. Likewise, the groom, on the other hand, looked stunning in a shaded light brown suit, white shirt, and a bowtie. Similarly, the groomsmen also appeared in a similar outfit. 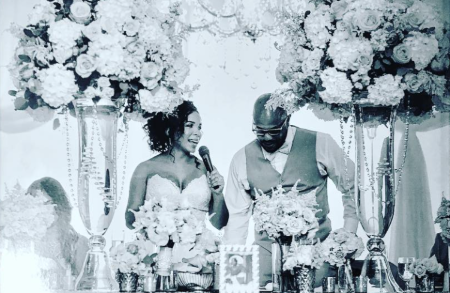 Prison Break cast and his partner in crime, Maya, further entered a celebrity designer wedding at the Empire State Building in New York City and a honeymoon to Anguilla. Dunbar shared the good news to his fans via Facebook, along with a short two minutes video.

On the caption, Dunbar wrote;

"Maya & I entered to win a celebrity designer wedding at the Empire State Building & an Anguilla honeymoon. The rules were, we had to make a 2 minute video showing why we deserve to be picked. This is pure comedy...and clearly we don't take ourselves too seriously. Enjoy the Hilarium!!!"

His Struggle During The Birth Of Their First Child 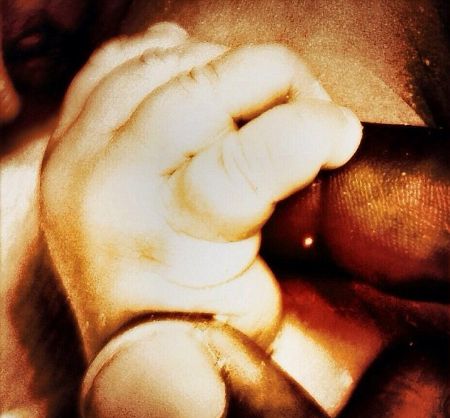 Their daughter weighed 8lbs, 3oz, and measured 20 1/2 inches long. Without any delay, Dunbar took Twitter and announced the good news to the fans. He shared a beautiful picture of their newly born daughter's tiny hand and tweeted;

'Mom is doing great. We are absolutely in LOVE with our daughter!'

Likewise, three days later, the birth of their child, Dunbar again gushed via twitter and wrote some new Daddy Facts! As per him, he changed 50 diapers and drove 45mph on the 405hwy without traffic by sleeping just 11hrs in 3 days. Dunbar further said that he spent 56 hours just looking at their baby. 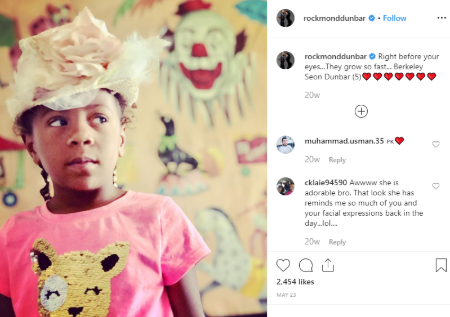 Similarly, in another tweet, The Game cast said that his wife Maya is so Boss. According to him, he has to make a @Fathead of her breastfeeding their daughter by standing in a Heisman pose!

His Three Sons And Multiple Responsibilities

Rockmond Dunbar and his life partner Maya Gilbert further has three other kids, sons. Sons of Anarchy cast and his spouse welcomed their second child, the first son Czar Rockmond Dunbar on January 2016. Czar weighed 10lbs and 21 inches long at the time of his birth. 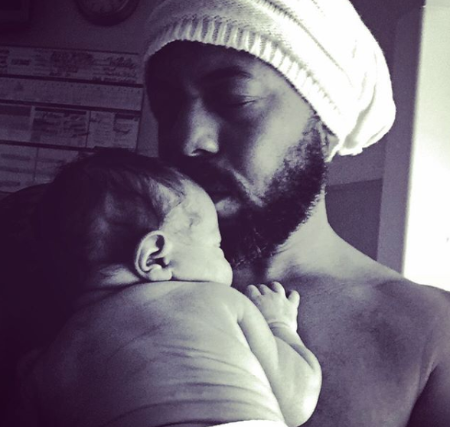 On 23rd May 2017, Dunbar announced that he and his wife are expecting their baby no. 3. He took Instagram to share the happy news with fans. Prison Break actor shared an adorable picture of his partner and kids where we could see the baby bump. 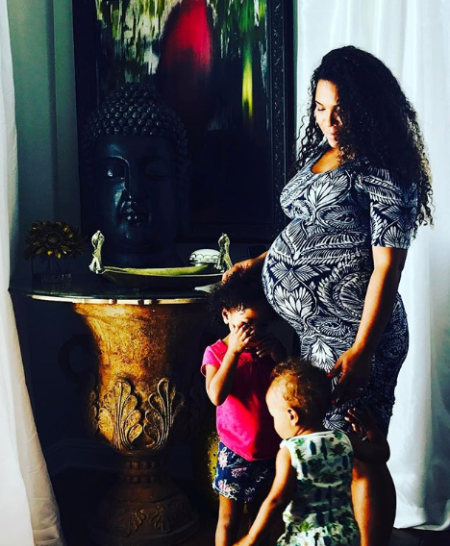 In addition, the family of five turned to six, after the birth of their fourth child, son Sultan Mosiah Dao Dunbar. They welcomed their youngest baby boy on 1st April 2019. He weighed 8.4lbs and was 21inches tall. This time as well, the actor took Instagram to announce the news. 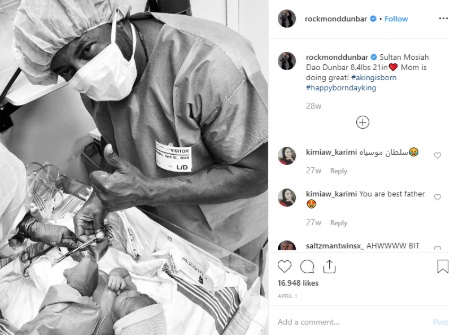 The actor is incredibly happy with his wife and kids, and it is what matters the most! Dunbar's love for his family can be easily seen via his social account as he frequently shares the pictures of his spouse and offsprings then and now.

We need to be dedicated and brave to handle multiple responsibilities at a single time, isn't it? Only a few can do it in daily life. Well, the 5 feet 9 inches tall, versatile actor, Dunbar is successfully maintaining his role as father and husband. Not only this, but he is also going smoothly through his career.

From his decade long career in the entertainment industry, Dunbar has summoned an astonishing amount of money. He possesses a net worth of $2 million as of 2019. In 2018, Dunbar portrayed the character of Dreadlocks in the movie City of Lies, which grossed around  $1,605,775 worldwide.

He shared the screen along with Forest Whitaker, Johnny Depp, Shea Whigham, and others. His co-star Johnny's net worth is $200 million. Likewise, he also appeared in hit TV series like The Mentalist, Prison Break, and so on.

Is Rockmond Dunbar Dead Or Alive?

Nowadays, the death rumors of popular celebrities are often heard. Such news swirls very fast on the internet and soon becomes viral. The same incident occurred in the life of Rockmond Dunbar. On 14th October 2019, the news about Dunbar's death surfaced on the internet. 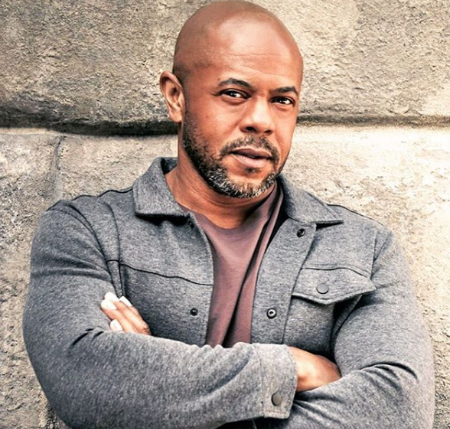 The alleged death rumor of Dunbar on the Facebook page ‘R.I.P. Rockmond Dunbar’ soon got around one million likes. People who read the 'About' page were provided a believable account of the actor's death. On the 'About' section of the page, there was written;

“At about 11 a.m. ET on Monday (October 14, 2019), our beloved actor Rockmond Dunbar passed away. Rockmond Dunbar was born on January 11, 1973, in Berkeley. He will be missed but not forgotten. Please show your sympathy and condolences by commenting on and liking this page.”

Many of Dunbar's fans believed the post and wrote condolence messages on the Facebook page. Likewise, the news also got viral via Twitter. However, all the fans did not believe the news. Those fans who did not believe it pointed out that the news was not published on any major American network as well as newspapers. They indicated the news to be fake.

Well, on 15th October 2019, the news was confirmed to be false. The actor's reps officially confirmed that Dunbar is alive, and the news is just fake. According to the officials;

"He joins the long list of celebrities who have been victimized by this hoax. He's still alive and well, stop believing what you see on the Internet.

After the report was confirmed to be fake, some of his fans expressed anger and said it was reckless, distressing and hurtful to the actor's beloved fans.

Rockmond Dunbar was married to his first wife Ivy Holmes in 2003 but the couple faced conflicts and divorced in 2006.

An American actor Rockmond Dunbar and his girlfriend-turned wife Maya Dunbar are in a conjugal relationship since 2013.

Berkeley Seon is the first child, daughter of Rockmond Dunbar and Maya Gilbert.