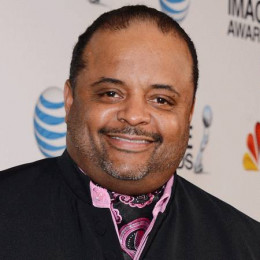 An American journalist and also a commentator of TV OneRoland Martin is also syndicated columnist with Creators Syndicate. He attended Texas A&M University and graduated in B.S. in journalism. He has also obtained a master's degree in Christian Communications from Louisiana Baptist University. He used to work for Chicago Defender as executive editor. He has also appeared in various CNN shows as contributor like The Situation Room, Anderson Cooper's AC360 etc.

Once he was involved in a controversy for posting anti-gay post in twitter and for that he was highly criticized by the Gay and Lesbian Alliance Against Defamation.

Exploring his personal life he is already married. Together Martin and Jacquie Hood Martin make a very cute couple with mutual understanding and co-operation.

Till now there has been no rumor of him having any extra marital affair with anyone which proves that he is very faithful to his wife.

They have no child yet but maybe are planning sometime soon in the future.

Roland Martin amassed a net worth of about $3 million as of 2019.

Roland Sebastian Martin was born on 14 November 1968 in Houston, Texas.

Previously, he was a commentator for TV One and host of News One Now. Also, he is the contributor on CNN as he appeared in shows including  Anderson Cooper's AC360 and The Situation Room.

There is no exact date when they got married. Her picture along with Roland can be found in different sites.