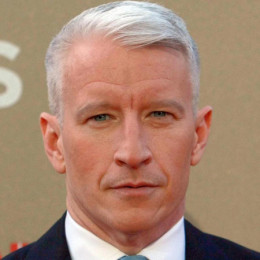 He is one of the most renowned and richest television personalities in the United States who is known as anchor of the CNN news show Anderson Cooper 360� which is broadcasted from New York City studio. He is son to Gloria Vanderbilt and husband Wyatt Emory Cooper. He is son to Gloria Vanderbilt and Wyatt Emory Cooper. He was only 10 years old when he started modelling for Calvin Klein, Ralph Lauren and Calvin Klein. He graduated from Dalton School taking political science as major. He was also intern of Central Intelligence Agency during his college. He has covered some important events like the royal wedding of Prince Charles and Camilla Parker Bowles and demise of Pope John Paul II which is some of his memorable works.

People magazine named him as one of the Sexiest Men Alive in 2005. He is openly gay. He is taken as the most prominent openly gay journalist in the television screen of America. Talking about his personal life, he mostly avoids discussion of his private life. He is currently dating his boyfriend. He has said that he would come publicly with his boyfriend after same-sex marriage is legalized.

The CNN news correspondent, Anderson Cooper welcomed his son, Wyatt Morgan Cooper, in late April through surrogacy. Cooper made the announcement of his new-born son happily live on TV during his daily CNN coronavirus town hall. 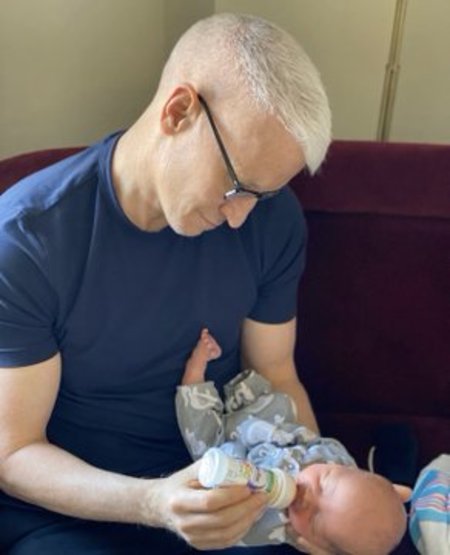 Anderson Cooper feeding his son Wyatt Morgan Cooper who named in an honor of his deceased parents. SOURCE: CNN

Wyatt is named after his deceased grandparents, Wyatt Cooper who died when his father, Anderson was only 10 and Gloria Laura Vanderbilts who died at the age of 95 in 2019. Besides, Andy Cohen was the first one to know the news.

Wyatt Morgan Cooper is the first son and child of Anderson Cooper who he welcomed through a surrogate mother.