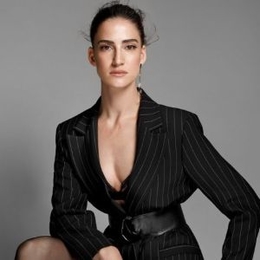 Rona-Lee Shim'on is a talented Israeli actress who is famous for her works in Policeman, Fauda, and Messiah. She is also a ballet dancer and has appeared in Israeli televised dance competition, 'Born to Dance.'

Israeli actress Rona-Lee Shim'on is likely single and not in a relationship with anyone at the moment. Till now, there has been no news or rumors about her love life in the media. 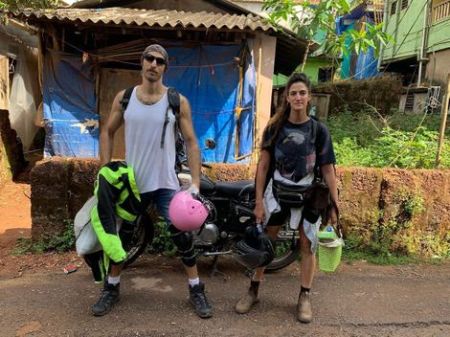 Although she looks to be single, she seems to have a close bond with Ohad Gal, who is a yoga teacher by profession. However, the lady has not confirmed or hinted that Ohad is her lover. At this point, we can only assume that the two are just friends. Hopefully, Rona-lee will speak more on their relationship in the future! 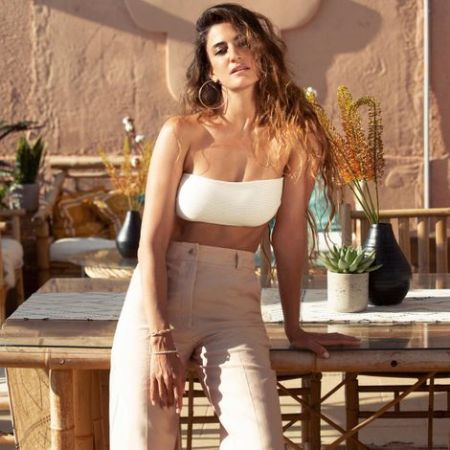 The "Fauda" star is a globetrotter and explores various countries for an adventerous journey with her friends. Other times, she likes to hang out on the beach and some exotic places. She posts pictures and videos of her lifestyle and activities on social media.

Dancing Since Her Childhood

Shim' on started dancing at a tender age of 3, which means she has been dancing for almost her whole life. In an interview, the actress stated after returning from school; she would rest for an hour and practice ballet non-stop for four to five hours up to five days a week.

At the age of 16, she was invited to test for the Israeli Army, which was an exciting thing for her. She was extra motivated to serve her country because she had heard for so much about her great uncle, who fought for a guerilla unit before the origin of Israel as a nation.

"So for me to grow up with that story in my household, I felt not only a national duty to go into the Army, but also like a generational duty. You know it's not very much a choice for us; you have to go."

But as she was thinking of going into the Army, her life took a turn when she performed for Jewish communities in Germany and Holland and after watching the professional dancers in classes and rehearsals. She then told that she was captivated by the beauty by what she saw and cried for three hours and decided to choose dance over military service.

"I knew, on the one hand, that I had to continue pursuing my dream, even if the very thing itself was going to make me compromise my Israeli identity. And it was so hard to tell my family and friends that's what I'm going to do."

Securing a full scholarship, the 37-year-old went to learn ballet at the national ballet school in Amsterdam, and after almost two years, she returned home to dance professionally. 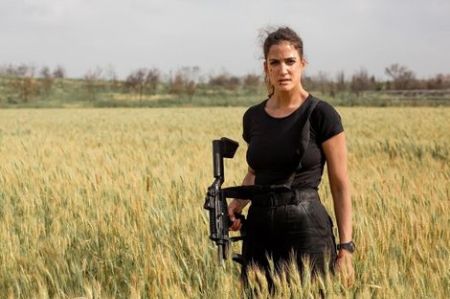 In 2008, she auditioned for the Israeli television dance competition "Born to Dance" with a format based on the American show "So You Think You Can Dance," where she secured the 5th fifth place.

For many who have been watching her for a while now, the lady's most recognized work by the audience is in the Netflix series "Fauda." On the series, she plays the character of Nurit, a lone female member of Doron's unit who operates as an undercover among Arab populations.

Check out the trailer of Rona-Lee Shim' on starred T.V. series "Fauda" season 3!

Rona works alongside Lior Raz, Hisham Sulliman, Shadi Ma'ari, Tzachi Halevy, Yuval Segal, and many others on it. The show is currently airing its third season.

In recent months, she is garnering recognition from the viewers after her series "Messiah" received worldwide attention. In Netflix's thriller web series, she portrayed the character of Mika Dahan. Likewise, Michelle Monaghan, Mehdi Dehbi, John Ortiz, Tomer Sisley were the starring actors.