Is Israeli Beauty Rona-Lee Shim'on Married? Affairs & Every Fact Of The Messiah Actress 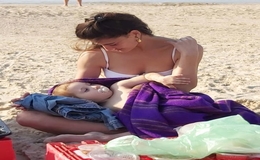 Actress Rona-Lee Shimon is pushing forty. But, still, in her late thirties, the Israeli actress looks stunning and age-defying. But, is Rona-Lee married to any lucky man who gets to call the actress his wife?

As an actress by profession with hundreds of thousands of fans followers on social media, actress Rona-Lee Shimon of Israeli nationality rose to fame after her performance as Mika Dahan in Netflix's Messiah co-starring Fares Landoulsi keeps her private life under the radar. 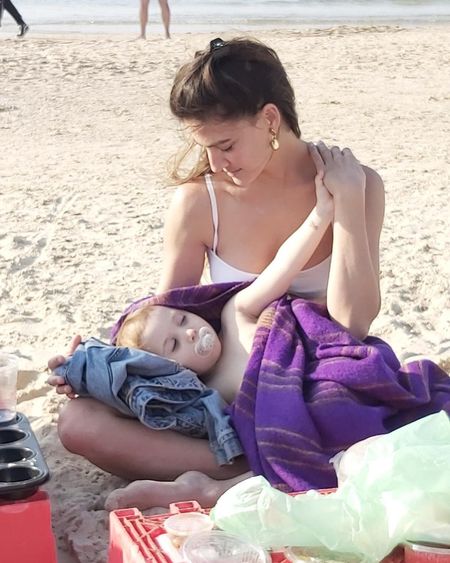 The 38 years old actress often shares her family pictures, travel diaries, and hobbies on her Instagram page. Shimon, however, chooses not to disclose even the tiny information about her love life and relationship status with the public.

Thus, it's safe to say, to tracking Shimon's dating life and finding out whether the actress is even married to a husband or dating a boyfriend, is kind of hard. But, in early 2021, Shimon was ready to share a bit of her offscreen life with the world.

In January 2021, Rona-Lee shared a series of adorable pictures with a baby boy on Instagram where she captioned the post with, "Be somebody’s comfort." Shimon, however, didn't confirm if the boy was her child. But, fans were confused believing that the little child was Shimon's own child.

In many countries like Israel, North Korea, and South Korea, men and women are compelled to join the military. And, actress Rona-Lee Shimon, having been from Israel, also had to join the Israel Defense Force (IDF). 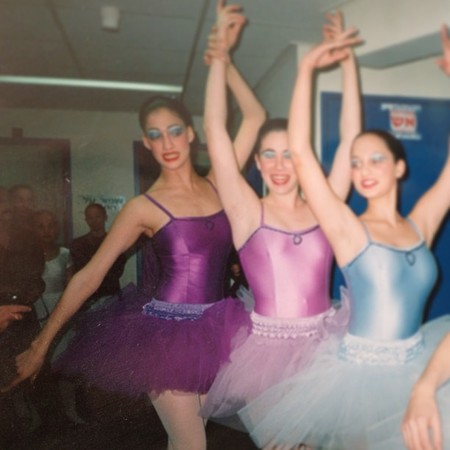 Shimon, however, refused to serve for her country's military. At the time, Rona who has been keen on ballet and dancing since she was a child wanted to pursue dancing.

But, whether or not Shimon was granted her freedom for denying to serve in the military is not known, considering the fact that those citizens are sentenced to prison for a year.

Shimon, in addition, was enrolled into ballet classes at the age of only three by her parents. Not to mention, she is an alum of Bat Dor and Royal Ballet Academy in Amsterdam.

Actress Rona-Lee Shimon grew up with a brother named Almog Shimon and a sister named Sivan Noam Shimon who is also an actress. Shimon grew up in Ramat Gan, Israel where her parents had her. 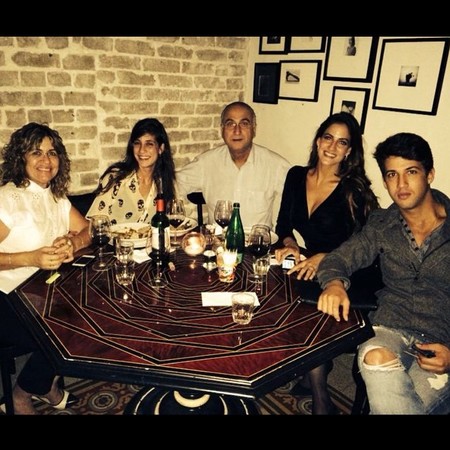 But, the Fauda actress is fond of showcasing her family and siblings' pictures on Instagram, though. The proud sister once shared a graduation picture of her brother to congratulate Almog who taught her how to shoot guns for her role in Fauda.

Shimon, in addition, was born in 1983 and celebrates her birthday on 9th January. She is a Capricorn, as per her zodiac sign. Rona stands at a great height of 5 ft 9 inches.

Meanwhile, Shimon is also best known for her role in the  FX on Hulu show produced by Anna Beben and Nellie Reed, Y: The Last Man. The Israeli actress co-starred actresses Elliot Fletcher, Ashley Romans and Olivia Thirlby. Also, not to let it go, Rona-Lee has been continuously working with a significant role on Fauda which began airing in 2015. And, the fourth season of Fuada created by Avi Issacharoff and Israeli actor Lior Raz is estimated to be released in summer 2022.