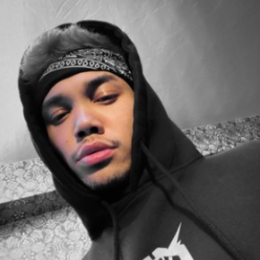 Roshon Fegan is an American actor best known for his Ty Blue role in Disney's Shake It Up. His other acting credit includes the movie "Spider-Man 2" and the television series "Monk." Fegan competed during ABC's "Moving with the Stars Season 14. Besides, he is a fine songwriter, rapper, and dancer.

Does Roshon Fegan Have a Wife or a Girlfriend?

Roshon Fegan is currently dating Mariah Angeliq. Mariah Angeliq is an American- based singer and songwriter. Mariah rose to fame after releasing her single track, "Mala De Verdad," on the 5th of May 2021. She can speak English and Spanish fluently.

Her genre is Latin pop, and she has performed at SXSW and the renowned Calle 8 Festival and on recordings with Nicky Jam, Myke Towers, and Casper Magico. The couple has been posting photos together on their social media handles and enjoying their dating life. 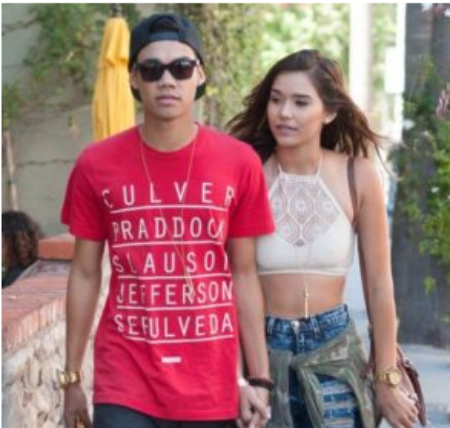 Roshon Fegan dated his co-dancer from "Dancing with the Stars," Chelsie Hightower. In 2012, Fegan broke up with her after a year. He also dated Anna Maria Perez de Tagle in 2008. She was his co-star in the movie; "Camp Rock." They broke up after dating for a year in 2009.

Roshon Fegan has an incredible net worth of $4 million. His primary source of income is his acting career. He also works as a model and earns money from modeling. 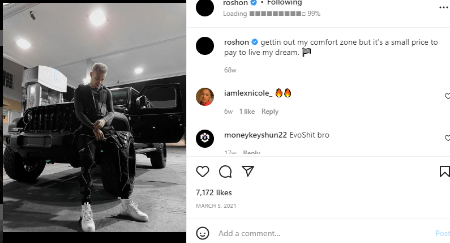 He may be related to various promoting organizations for the advertisement of brands. Due to his dedication to his work, he has collected a lot of assets. He also makes money by selling his merchandise.

Roshon Fegan started his acting career at the age of 12. He first played a small role of an amazed kid in the feature film "Spider-Man 2" (2004) and appeared in the television series "Monk" (2006), where he played another cameo role. Similarly, Roshon carried on doing small roles in the films "Baby" (2007) and "Drillbit Taylor" (2008).

Later, he played the role of Sander Loyer in the Disney movie franchise, "Camp Rock," which became the number one exciting telecast on cable TV in 2008. Roshon replicated his role of Sander Loyer in "Camp Rock 2: The Final Jam" in 2010. He was then cast in the Disney channel's new sitcom for youngsters, "Shake it Up." He played the role of Ty Blue, brother of Rocky, one of the show's main heroes.

Check out the clip of Roshan Fegan talking about his fame!

The following year, he participated in the reality television show "Dancing with the Stars." He was a partner of Chelsie Hightower, a regular dancer on the show. He remained in the front for eight weeks and was in 6th position. In 2011, Fegan posted his first "I AM" single on iTunes. Hence, he proceeded to publish numerous singles on iTunes and composed the "Afterparty" song for his show "Shake it Up."

Roshon released his self-produced album "EP I AM RO SHON" in 2012, beneath his name "3inaRo Entertainment" on iTunes. The collection highlighted songs; "Got Me Like" and "Top of the World." He appeared in Peter Hewitt's horror-comedy movie, "Mostly Ghostly: Have You Met My Ghoulfriend?" in 2014. In 2016, he starred as Isaiah Hambrick in Oprah Winfrey Network's new family drama; "Greenleaf."

Roshon Fegan was raised in Los Angeles by his parents. His father is Roy Fegan, an American actor, director, and producer. He is also a president of 3inaRo Entertainment, well-known for starring Simon Caine in the 1993 film "The Meteor Man." His mother is Cion Fegan, of Filipino origin. She gained popularity for being the wife and mother of celebrity artists. He has a younger sister, Fatima Fegan.

Roshon went to Tom Bradley Elementary and Hollywood High School. Before debuting in Hollywood, he attended BK Acting Studio and the USC 32nd Street Performing Arts School to sharpen his acting abilities. He was always interested in acting, so he continued his acting career.

Roshon Fegan has an amazing personality. Fegan looks handsome with his natural skin tone and round face. He has a pair of dark brown eyes and black hair color. Fegan Has a slim and fit body and a weight of 73 kilograms.

Fegan focuses on his diet and workouts to maintain his body. He stands at the height of 5 feet 8 inches. However, his body measurements, shoe size, and other physical estimations are now inaccessible. Roshon looks great in suits.

Roshon Fegan is quite active on his social media accounts. He is mostly active on his Instagram account. He incorporates notable engagement on his Instagram account with 520k fan followers and 21 posts under the username @roshon. Fegan primarily shares photos of himself and with his friends. We can also see him posting pictures with his girlfriend.

Stay tuned to Marriedwiki for more celebrity biographies and articles.