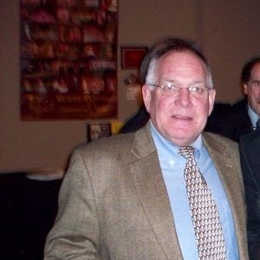 Ross Bickell is an American actor who is known among the audience for his works in movies like The Fighter, Airport '77, Major Payne, and The Drop. Due to his limited on-screen performances, many might not be familiar with his works, but he shot to fame in the 1970s after his relationship with a renowned celebrity of that time.

Who Is Ross Bickell's Partner?

Ross Bickell is currently in matrimony with his wife, Deirdre Madigan. His wife Deirdre Madigan is also an American actor known for her works like "Law & Order: Criminal Intent" (2001), "Daredevil" (2015), and "The OA" (2016).

The celebrity duo walked down the aisle in the gathering of their family, friends, and close ones on May 15, 1993. Despite marrying for over twenty-six years now, the details regarding whether or not he shares any children with his partner are still not learned. 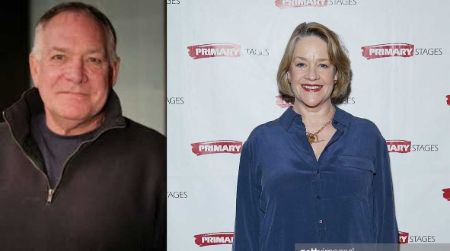 Ross Bickell is currently married to his wife, Deirdre Madigan.

The "Major Payne" actor lives a close-up life, and it has been quite a while since he last appeared on screen, not much has been learned about his private life.

It looks like Ross preferably wants to live a low-key life, which is why he is also not active on social media platforms.

Ross was previously in matrimony with the American actress Loni Anderson. The veteran actor first met Loni in Minneapolis, Minnesota in 1965 when both were appearing in Woody Allen's film "Play It Again Sam."

The love between the pair aroused, and they began seeing each other more often. After many years of dating, they tied the knot on January 28, 1974.

Both of them lived a seemingly peaceful and happy married life, and due to their excellent love, the two were even considered to be one of Hollywood's happiest couple. 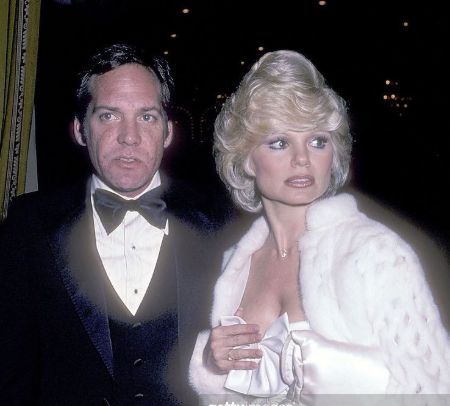 But what we always see is always not the truth, and it was just the case in Ross and Loni's married life. Since Loni had megastar status in the US at that time, it became hard for the "WKRP" star to manage time between personal life and private.

Bickell held it for a reasonable amount of time until he could no longer stand it. The three times Golden Globe Award nominee actress also revealed that her husband was getting tired of the attention the pair got wherever they went out, and people did not let them stay together for a moment.

Loni and Ross both tried to work their marriage, but it got to the point where it was beyond repair. The pair started living separately from March 1981 and subsequently divorced On August 20, 1981.

Anderson was heartbroken from the divorce; shortly before their divorce, the actress stated that success has wrecked her marriage. Looking at Ross and Loni's relationship, we can see that success does not always bring us happiness, and indeed, in this case, success was the culprit.

The couple did not share any children from their marriage though the talented actress had a daughter Deidre Hoffman with her first husband, Bruce Hasselberg. At present, Loni is married to Bob Flick.

From his career in acting, Ross possesses a net worth of $500,000. His wealth is meager compared to his ex-spouse Loni Anderson who boasts an impressive net worth of $12 million.

Among the few on-screen performances he has done, Bickell is famous for his role in "The Fighter" (2010). The biographical sports drama film starred actors Paul Tamasy, Eric Johnson, and Scott Silver. Due to the movie's success, it received nominations for seven Academy Awards.

Check out the clip of Ross Bickell's featured movie "The Fighter" (2010)!

In the 1977 film "Airport '77," he played the character of Johnson. Similarly, he worked with actors Jack Lemmon, Lee Grant, James Stewart, George Kennedy, Brenda Vaccaro, and many others.

Ross Bickell is happily married to his wife, Deirdre Madigan. His wife is an American actor who is famous for playing in Law & Order: Criminal Intent and Daredevil.

Actor Ross Bickell was previously married to Loni Anderson. His ex-partner is also an American actor who is famous for her works in Partners in Crime, WKRP in Cincinnati, Stroker Ace, etc.