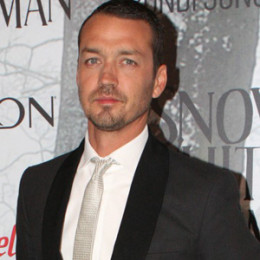 Rupert Sanders is a well-accomplished director known for his work Snow White and the Huntsman. He is also the director of the television advertisements like Life for Halo 3: ODST. He is a divorcee and as a settlement had to pay his wife spousal support as well as support for their children till they are 18.

Born on March 16, 1971, in Westminster, London, Rupert Sanders is the eldest son of Thalia and Michael Sanders.

Sanders is a well-recognized British director. He first directed television advertisements such as The Life for Halo 3: ODST,  Axe, X-Box, Absolut, Adidas, Call of Duty, Guinness and many others. He is the recipient of the two Golden Lions at the Cannes Lions International Advertising Festival for Halo 3.

His film directorial venture was Snow White and the Huntsman. The film was released in June 2012 and has grossed $396,592,829 at the box office. His film Ghost in the Shell was produced by Avi Arad and Steven Paul and starred Scarlett Johansson.

Sanders was once a married man. Model and fellow Brit Liberty Ross is his ex-wife. The duo tied the knot in 2002. They were blessed with two children Skyla and Tennyson together.

Sanders had to issue a separate public apology along with actress Kristen Stewart for cheating on Ross with Stewart. His affair with Stewart was publicized via the photo on Us Weekly in 2012. Soon after his affair scandal, his wife Ross filed for divorce in January 2013 whereas their divorce finalized on 30 May 2014. He is to provide joint custody, spousal support and legal fees to his ex-wife and children as a divorce settlement. As of now, he seems focused in his career.

As an accomplished director, Sanders earns a lucrative amount from his career. His current estimated net worth is $14 million. His work Snow White and the Huntsman was a huge success and made over $381 million at the box office.

He is the owner of a beach house in Malibu and a 1970 VW van. As a result of the divorce with his wife he had to give two houses in London and their main residence in Los Angeles. Further, had to pay half of all bank accounts,  $25,000 a month in spousal support for four years, $14,000 a month in child support until their two children are 18 and 15% of any profits Rupert earns from all of his work to his wife.

Liberty Rossa, model and a fellow Brit is the ex-wife of director Rupert Sanders. The duo tied the knot in 2002 whereas divorced in 2014.

Skyla is the only daughter of director Rupert Sanders from his ex-wife, model Liberty Ross.

Tennyson is the only son of director Rupert Sanders from his ex-wife, model Liberty Ross.