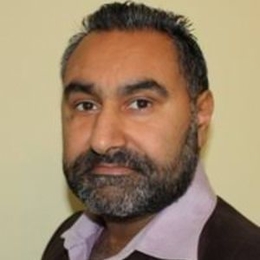 Rupinderpal Singh Dhillon is a Punjabi-descent English writer who writes fiction and poetry. Prominently, he writes a novel about Sikhs in the time of Maharaja Ranjit Singh.

Is Dhillon Married at Present?

Rupinderpal Singh Dhillon has kept everything private except his novels, poems, and creativity. He has not shared his personal life in the limelight.

Furthermore, the author is not active on any social media. So, it is still in suspense whether Dhillon is married or not. Other English writers like Jacob Scipio and Hayley Atwell are also single.

Singh Dhillon started his professional writing career in his thirties. He became interested in writing Punjabi novels after learning the Gurmukhi alphabet. Likewise, Rupinderpal initially intends to write an English story based on Maharaja Ranjit Singh's life in the manner of Alexandre Dumas. 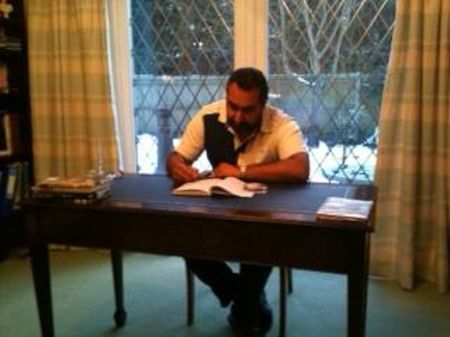 Let us begin with the Punjabi descent published his debut novel, Neela Noor, in 2007. He writes the language whose syntax is inspired by English in the locally spoken form; it was often called 'Punglish,' which had not been written down before. Western literature predominantly influences his work and addresses social issues such as racism, gender bias, and incest.

Apart from this, Roop Singh's 'Bharind' (The Hornet) is a collection of poems and short stories. Moreover, He employs a genre he calls 'Vachitarvaad' in his later novels, such as the experimental gothic novel O, which embraces science fiction, fantasy, horror, and magical realism.

Rupinderpal Singh Dhillon was renowned as 'The Sikh Chic of the Year 2018.' SOURCE: The Sikh Chic.

Even though the 54-year-old resides in London, he follows his original beliefs; that's why Dhillon was named 'The Chic Sikh Of The Year 2018.' Most significantly, Dhillon is a member of the Sahit Kendra Punjabi Writers in Southall and Baagi Batti, a British Asian community of writers who prefer to write in the language of their heritage. Also, he has been working on Chita Te Kala (The White and The Black) for the last few years. Besides writing novels, the Britsh-Punjabi works as an accountant.

Where Did Rupinderpal Singh Study?

The English writer graduated from Oxford Brookes University. Later, he attended De Montford University as a post-graduate in accounting.

Stay tuned with marriedwiki.com for interesting Stories, Biographies, and News of your preferred celebrities.