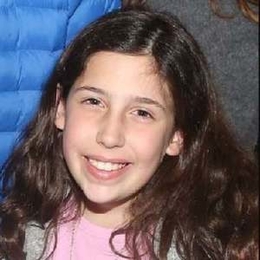 Sadie Sandler is a child actress known for her appearance in Grown Ups and The Wrong Missy. But, Sadie is more popular for being the daughter of actor Adam Sandler and Jacqueline Titone.

Sadie Sandler is an American actress who is better known as the eldest child of Big Daddy actress Jackie Sandler (Jacqueline Titone) and her famous actor husband Adam Sandler who is renowned for his roles in Uncut Gems and Jennifer Aniston starring film, Just Go With It. 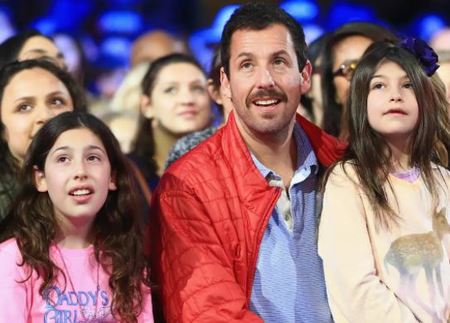 Sadie, in addition, was born in May 2006, three years after her mother and father married in June 2006. As a matter of fact, Sadie's parents were co-actors as they met while working on the set of Big Daddy in 1999. Not long after that, romance sparked between Mr. and Mrs. Sandler.

Not to mention, her mother Jackie Sandler also converted from being a Christian to Jewish after marrying Sadie's father who is of Russian Jewish. And, two decades later, Sadie's mom and dad are still going stronger with their relationship and marriage. 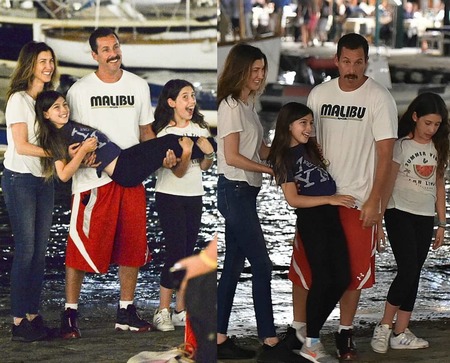 A family picture of Sadie Sandler with her parents and sister Sunny Sandler. SOURCE: Pinterest

But, Sadie is not the only child of her parents as Adam and his wife also have a sister together. Well, Sadie is a big sister to a younger sister named Sunny Sandler who is also an actress. Sadie and her family of four live in California.

Career & Net Worth Of Sadie Sandler

It's not surprising that Sadie Sandler has already worked as an actress under the guidance of her famous actor parents. Well, Sadie debuted as an actress with a minor role in You Don't Mess with the Zohan in 2008.

Sadie, in addition, has worked on Bedtime Stories, Grown Ups, Just Go with It, Jack and Jill, That's My Boy, Hotel Transylvania, Blended, Pixels, The Ridiculous 6, The Do-Over, The Week Of, Murder Mystery, The Wrong Missy, and Sandy Wexler among many.

Needless to say, Sadie has highly worked on his parents' projects, most of them which have been controversial and commercially successful. Not to mention, Sadie's father Adam Sandler has accumulated a net worth of $400 million while her mother amassed a nat worth of $50 million.