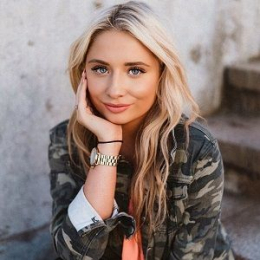 Instagram star and You Tuber, Saffron Barker rose to fame only because of her amazing social media career. The star has an incredible fan following from where she is making an amazing net worth.

Who Is Saffron Barker's Boyfriend? Know More About Her Dating Life

Saffron Barker is dating her boyfriend Jake Jamie. Like Barker, her boyfriend is also a blogger, moreover, he is also a beauty blogger. The couple is enjoying each other's company but is yet to get engaged and married. 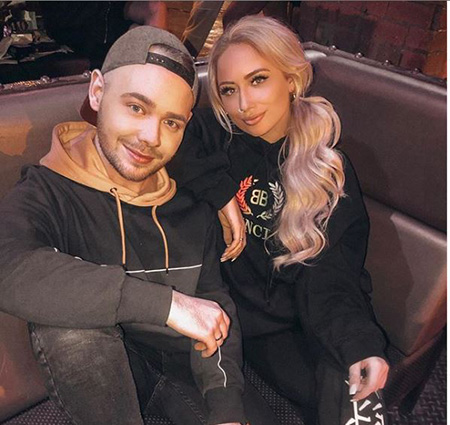 Saffron Barker and Jake Jaime posing for the Instagram picture.

Before dating Jake, Barker was in a relationship with her ex-boyfriend, Jake Mitchell, an internet personality. The couple started dating in 2015 but the relationship did not last long and broke up soon in 2016. The reason behind their split was Jake cheating on her.

In late 2016, her ex-partner posted a picture on Snapchat of himself sleeping in someone’s bed. Soon after the picture was uploaded many of the audiences started speculating that the bed was neither of his nor of Barker. Later, it came out that he was cheating on Barker with Claudia Naya. At first, Mitchell refused it but the things took a worse turn after his father, Rob was accused of bullying Barker through a fake Twitter account.

Saffron Barker is active in the field of entertainment for a long period of time. So, from her social media career, she is definitely making a great net worth. She holds the net worth of around $1 million as of 2019.

Along with a social media star, she is also a businesswoman. Barker has a merchandise website from where she certainly makes amazing bucks. She recently annouced the collaboration with Primark, an Irish fast fashion retailer which can be counted as her another source of income. In addition, her published book, Saffron Barker Vs Real Life: My Perfectly Filtered Life costs around $11.01 in Kindle and $47.46 in Hardcover.

No, this isn’t an ad for Audi.. but i sure wish it was

Saffron Barker was born on 24th July 2000 in Brighton, England under the birth sign Leo. She is a British citizen and is of Caucasian ethnicity. Her parents raised her with her two siblings, two brothers Casey and Jed. She also has an adopted brother named Jordan.

When it comes to her career, Barker formed a band, Born2Blush which consists of three girls. The team released a song, ''24seven.'' Moreover, the band even competed in an Open Mic UK. Besides, her age is 19 as of 2019.

Stay on marriedwiki.com to know more about celebrities!