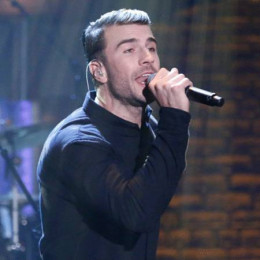 An American singer, songwriter and former college football quarterback at Middle Tennessee State University who has already written hit song for popular singers like Kenny Chesney, Keith Urban, and Billy Currington. He was born to Allen Hunt, who professionally is a insurance agent and Joan Hunt, who is a school teacher.He attended Cedartown High School where he learned to play football. After graduating he became more interested in singing song and he bought his first guitar. His EP X2C charted at no.5 on the US Country album chart. In 2015 he was awarded with CMT Award for Breakthrough Video of the Year for his single "Leave The Night On".

Exploring his personal life he has not married yet. He has not disclosed any information regarding his love life. It looks like he is kind of person who enjoys his privacy more and doesn't want his private life to be flashed in media. Maybe he is busy building his career rather than enjoying his love life. All we can do is wish for him to find his perfect girlfriend soon.

Sam Hunt was born on December 8, 1984, in Cedartown, Georgia, the United States to Allen Hunt and Joan Hunt, an insurance agent and a teacher respectively. He attended Cedartown High School where he played football.

In 2002, he was named a co-offensive player of the Georgia Sportswriters Association All-State Class AAA first team. He played as a quarterback at Middle Tennessee State University from 2003 to 2004. He graduated from UAB in 2007.

Sam Hunt signed a recording contract with MCA Nashville and in August 2014, he released X2C a four-song EP. His first single for MCA Nashville was "Leave the Night On" which ranked #1 on the Country Airplay chart and was certified Platinum by the RIAA.

In 2015, Hunt featured on Billboard where he talked about breaking down country music stereotypes. The same year, he won his first American Music Award for New Artist of the Year. His fifth single, Make You Miss Me from Montevallo, hit number one on the Country Airplay chart in September 2016.

In May 2018, Hunt released the single "Downtown's Dead" and also announced another single, "Nothing Lasts Forever" from his upcoming second studio album.

Sam Hunt is one of the successful music artists, he has an estimated net worth of $3 million.

Sam Hunt is happily married to his longtime girlfriend, Hannah Lee Fowler on April 15, 2017, at an intimate ceremony in Hunt's hometown of Cedartown, Georgia.

The duo has been dating on-and-off since 2008. Once in an interview, Hunt revealed his on-and-off relationship was the main inspiration behind his album Montevallo. Fowler name and their story are also referenced in his song "Drinkin' Too Much".