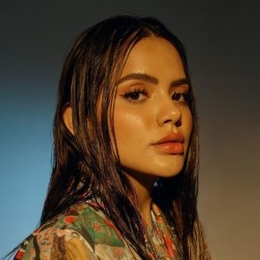 Samadhi Zendejas is a Mexican actress who came to the limelight after portraying Amaya in Atrevete a Sonar. Besides this, she also starred in La rosa de Guadalupe, Mujeres Asesinas 3 and Marta.

The famous Mexican actress Samadhi Zendejas has won millions of hearts with her dazzling appearance in movies and TV Series. But, talking about the love life of this beautiful actress, it's a complicated one with a few ups and downs. 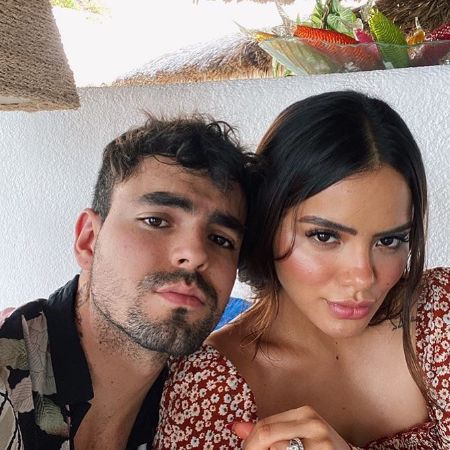 Well, Samadhi had at least two relationships in the past. She first dated Alejandro Speitzer, a Mexican actor. They met while shooting Atrevete a Sonar. It was indeed love at first sight. Her ex-boyfriend played the role of Raymundo on the show. But, the lovebirds broke up soon after their affair began.

After the split, the actress shared a romantic relationship with Jorge Coch. Jorge is the brother of a Mexican TV series actress Jesicca Coch. Samadhi's chemistry with Jorge couldn't last long as well and decided to part ways with mutual interest. 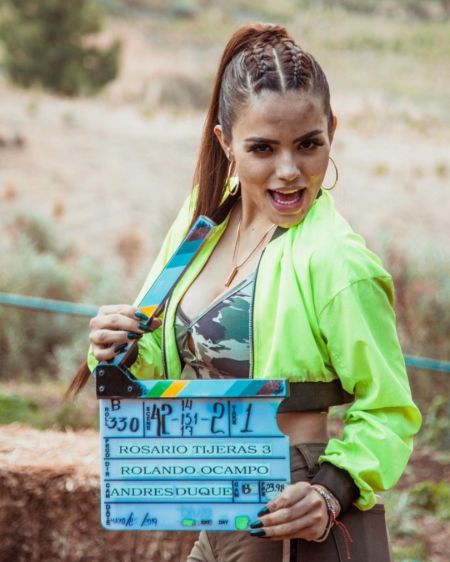 At present, Samadhi is reportedly single and doesn't have a boyfriend. The reason might be her previous relationship failures which distressed her to invest in another relationship. It seems like she is taking a break from indulging herself in serious love affairs and focusing more on her upcoming projects.

Samadhi is quite active on social media, with an astonishing 4 million followers on her Instagram. Zendejas gives her fans insight into her stylish pictures, upcoming movie trailers, and workout clips on her media pages.

On April 12, 2021, Samadhi Zendejas came forward with the allegation of being sexually assaulted on the streets of Polanco, Mexico City. As stated by her, she was harassed by three men aged 44, 45, and 49 years old who were later arrested by the police.

However, those men didn't accept the allegation of making obscene comments on her. Moreover, the incident took place on April 9, three days before her denouncement. Not to mention, the 26 years old wants to set an example for every woman to stand against any verbal assault and not throw in the towel or back off.

Samadhi Zendejas began her acting career with the small role of Amaya in Atrevete a Sonar in 2009. Later, in 2010, Zendejas appeared in an episode of La rosa de Guadalupe, Mujeres Asesinas 3 and Marta.

Watch the clip of Samadhi Zendejas on a red carpet event at Latino Billboard Awards, Florida.

Interestingly, Samadhi gained extra 30 kilos to make her suitable for the role of Jenni River in the Telemundo series Mariposa de Barrio which was aired for 34 episodes. To honor her decade-long career, Samadhi's picture was displayed on the famous Times Square.

And, before landing on the acting line, Zendejas trained at Televisa's acting school, CEA. Currently, Samadhi is associated with the show Enemigo Intimo where she began working in 2018. She earns a whopping of more than $100,000 annually. Talking about her net worth, Samadhi has accumulated a wealth of $20 million and relishes a luxury life. 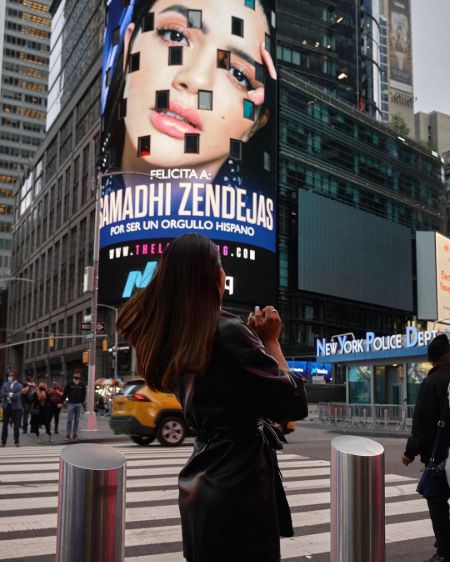