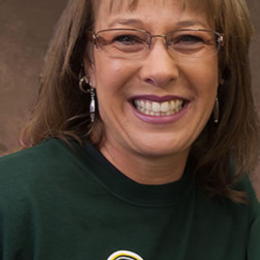 American businesswoman and songwriter, Sandy Mahl is best known as the former wife of American country singer and songwriter, Garth Brooks. The duo tied the knot in 1986 at an intimate ceremony but the couple failed to handle their married life and divorced in 2000. She received an alimony of $125 million which makes their divorce one of the most expensive divorces of all time. The couple shared three children.

Sandy Mahl is possibly single at the moment. An American businesswoman never married again the following divorce from Garth  Brooks. At present, she is neither having an affair not seen with any men on PDA.

Who Is Sandy Mahl Married to Recently?

An American businesswoman, Sandy Mahl isn't married to anyone recently since her separation from ex-spouse Garth. She is relishing blissful motherhood with her kids.

Mahl is not heard of the dating or romantically linked to anyone from the 2000s. But her estranged partner Brooks hitched Trisha Yearwood from 2005 to now. The country singer and his present wife Trisha are united as a life partner for over twelve years now.

Sandy Mahl Brooks was married to a popular singer and songwriter, Garth Brooks in the 1980s. The duo first met while they were students at Oklahoma State University but their romance started in a bar.

Brooks worked as a part-time bouncer at a local bar and he was called to stop the fight between two girls and took one of them to their house. He ended up driving Sandy and following the incident, the pair started dating. 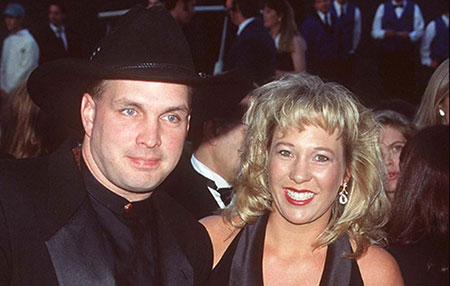 After dating for a year, the duo exchanged a vow in 1986 at an intimate ceremony. Then the couple moved to Nashville. Brooks was struggling initially, but Mahl keeps motivating him to pursue his musical journey and soon he became one of the biggest singing superstars.

However, his busy schedules started affecting their married life, eventually led the pair filing for divorce on November 6, 2000, which was finalized after a year in 2001.

Despite their divorce, Sandy and Garth remained good friends and co-parent their daughters. In an interview, Garth has mentioned that unlike any other pair's divorce, their divorce has reportedly led to better lives.

Later, Brooks remarried country singer Trisha Yearwood in 2005 but Mahl hasn't dated anyone as she wants to spend her life taking care of her daughters.

Most notably, Mahl is an American businesswoman and songwriter who rose to fame after marrying country singer and songwriter, Garth Brooks. She earns $29,500-$70,000 per year and $$1,346 per year.

All in all, Sandy has been writing songs for her husband since 1989. Her husband, Garth Brooks is one of the best-selling solo albums artists in the US with 148 million domestic units sold. As of 2018, he released 7 albums and all of them achieved diamond status in the United States.

Sandy Mahl was born on January 16, 1965, in Tulsa Oklahoma to Pat Mahl and John Mahl. She has a sister, Debbie Mahl. She was born under the birth sign Capricorn which defines her personality as intelligent, caring, realistic who is incredibly practical and resourceful. Sandy Mahl earned graduation from Oklahoma State University.

Stay updated with Marriedwiki for interesting Gossips and Entertainment!!!

Garth Brooks is an American country singer and songwriter. He had great success on the country single and album charts.

August Anna is best known as the daughter of American country singer and songwriter, Garth Brooks.