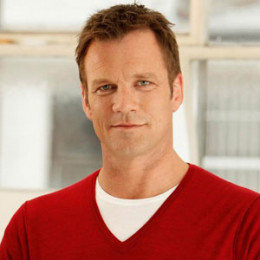 Born and raised in Australia, Sandy Winton is popular Australian actor. He rose to fame after portraying the character of Michael Williams in the soap opera Neighbours. He debuted in the film industry in 1996. Winton is a married man and he fathered two children.

Sandy Winton was born Alexander Gordon Winston on December 18, 1970, in Australia under the birth sign of Sagittarius. He is Australian and belongs to the White ethnicity.

In 1983, Winton attended Newington College and completed his education in 1988. He graduated from National Institute of Dramatic Art.

Sandy Winton started his professional acting career in 1996, he first appeared on screen in an episode of Twisted but his appearance went uncredited. The following year, he worked on three TV series, The Devil Game, Big Sky, Oscar and Lucinda in a minor role.

Winton got his major breakthrough in 1998 series The Genie From Down Under 2 where he played the role of Bruce. The success of series helped him to gain public attention among international audiences.

Some of his screen credit includes Murder Call, Me Myself I, Farscape, Cold Feet, Young Lions, The Alice, Son of the Mask, Candy, Two Twisted, Tripping Over, Home and Away, The Pacific and many more.

Sandy Winton joined the cast of  Australian television soap opera, Neighbours in 2010. He played the role of Michael Williams. He even relocated to Melbourne from Sydney for the show. 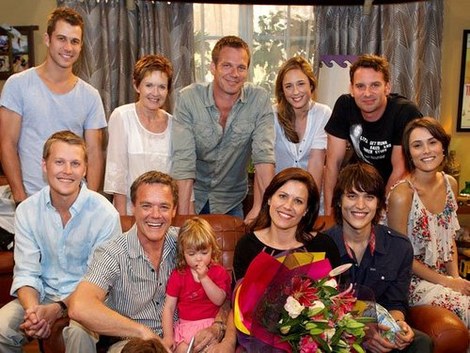 In 2011 it was announced Winton would leave the Neighbours in 2012. On the departure of his character, the show executive producer Susan Bower said,

"The Michael Williams character will be leaving Ramsay Street as part of a significant story coming up in April. Sandy's contribution to the show has been superb, enabling the character to be part of some milestone storylines."

Then he starred in the Nine Network TV drama series, Tricky Business, alongside Gigi Edgley, Antony Starr, Lincoln Lewis, and many others.

Sandy Winton is one of the well known Australian actors. He has worked on numerous TV series and earned a handsome sum from his appearances. As per some online sources, Winton earned $100k per episode for his work in multiple TV series.

Considering his career growth, Winton net worth isn't less than six digit figure. In 1997, his movie, Oscar and Lucinda earned $4 million at the box office.

Sandy Winton is a married man, he tied the knot with his longtime girlfriend. The couple is blessed with two children. However, due to his secretive nature, he hasn't talked much about his wife and kids in media.

Winton is living a blissful married life with his wife and children in Sydney, Australia. He shared a good bonding with his wife. Winton is a huge football fan and he is a supporter of AFL team, Sydney Swans.